The Book of English Magic 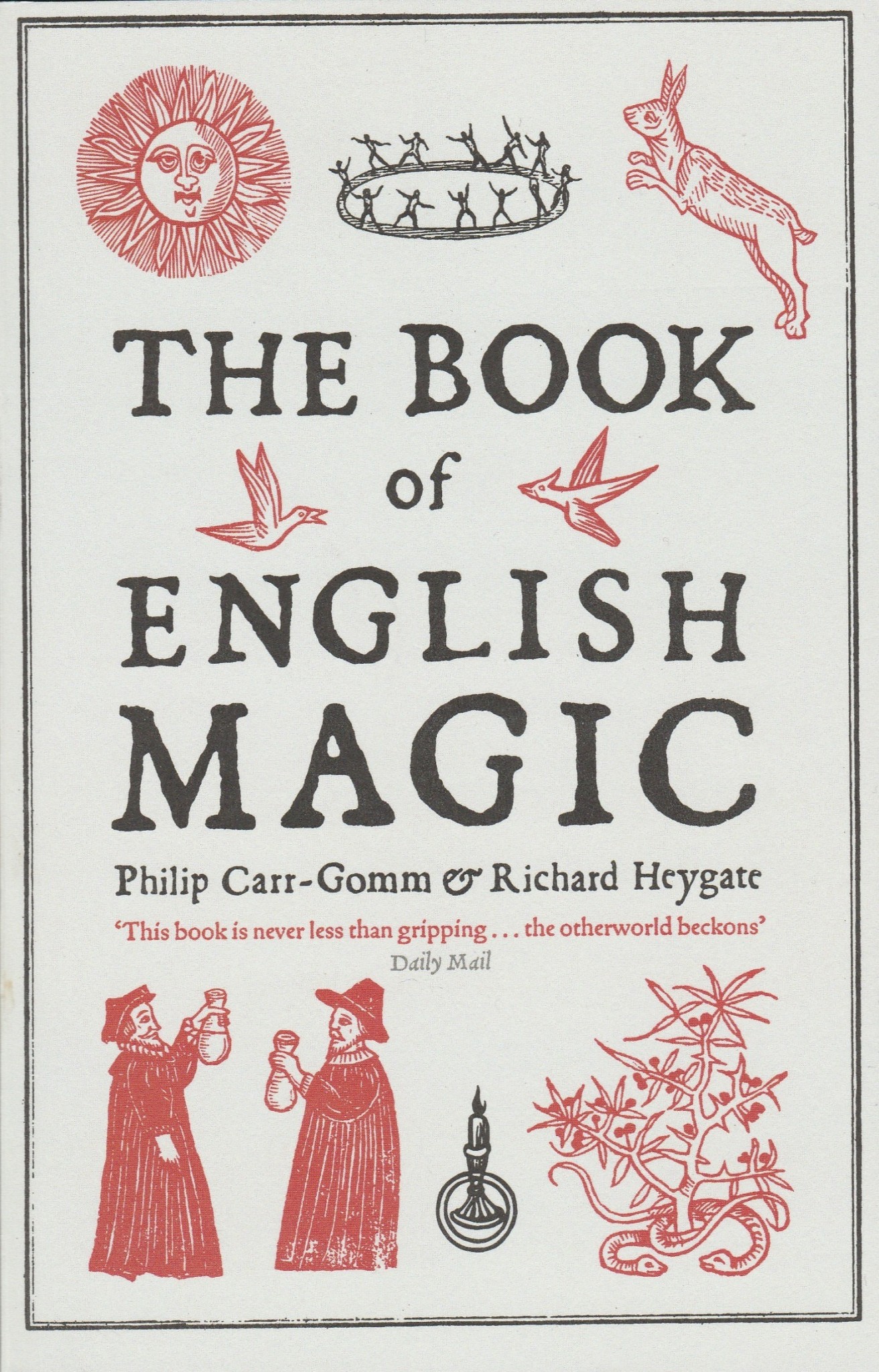 I was slightly surprised when I first opened my copy of this book and found that it was written not by historians but by a psychotherapist (Carr-Gomm) and a man who runs a software company (Heygate). However, putting aside the question of how this curious coupling came about, I was soon deeply engaged by the book.

Moving more or less historically through the different aspects of magical practice as they appear in England, beginning with caves and cave painting, through megaliths, stone circles, Druidry, Arthurian romance, Alchemy and Rosicrucianism to name but a few topics, Carr-Gomm and Heygate lead their reader gently towards the 21st century and the modern revival of magic in all its multi-stranded interweaving of earlier practices and systems.

The basic historical exposition is interspersed with interviews with current practitioners of whichever strand of magic is under discussion. In addition there are photographs and short biographies of historic figures in the development of English magic and small side articles on books, both fiction and non-fiction, that relate to the topic, along with links to relevant websites. There are suggestions of places to visit; events to see and even short guides on how to engage in some of the simpler practices for yourself. I can vouch for having tried the ley-line tracing exercise myself in the 1970s: it led to a number of excellent walks in the country with my school friends. I knew then about Alfred Watkins and his book The Old Straight Track. I did not know that Watkins had founded a ley-hunting club, active between the wars, pictures of whose meetings are featured in English Magic. Similarly, I was aware of the slightly odd Iolo Morgannwg, who held the first Eisteddfodd at Primrose Hill in London in 1792, conveniently supplying his own stone circle from a handful of pebbles in his pocket. I was not aware (because, I’m sorry, but Druidry has not been an especial interest) that this was only one strand of the ranks of Druidry, and an earlier strand had been founded in 1781 in a pub in Poland Street.

And that is what this book will bring to you: an incredible breadth of extra information on topics that you (if you are an appreciator of the odd and arcane) will have already met to some degree. Serious students of the subject headings under discussion may find the depth of detail suffers as a consequence of this breadth – as an archaeologist with a particular research interest in the post-Roman period I found some of the ‘Dark Ages’ writing out of touch with current knowledge. Given that the book is now 11 years old some time lag is only to be expected, but the author’s information on my pet area was probably out of date when they were writing.

That, however, is a very minor quibble, and not one that in any way affects the overall impact of the book.

This is a compendium of arcana; a giant games-box of new topics and activities. If you want a serious, academic, and up to date historical account of Pagans or Witches, I recommend the books by the redoubtable Ronald Hutton (who is also among those interviewed in English Magic). If however you want a good informative romp, and to feel you have learned something new in the process, I can absolutely recommend The Book of English Magic. It is a charming, readable and beguiling volume and I can guarantee you won’t have come across anything quite like it before.