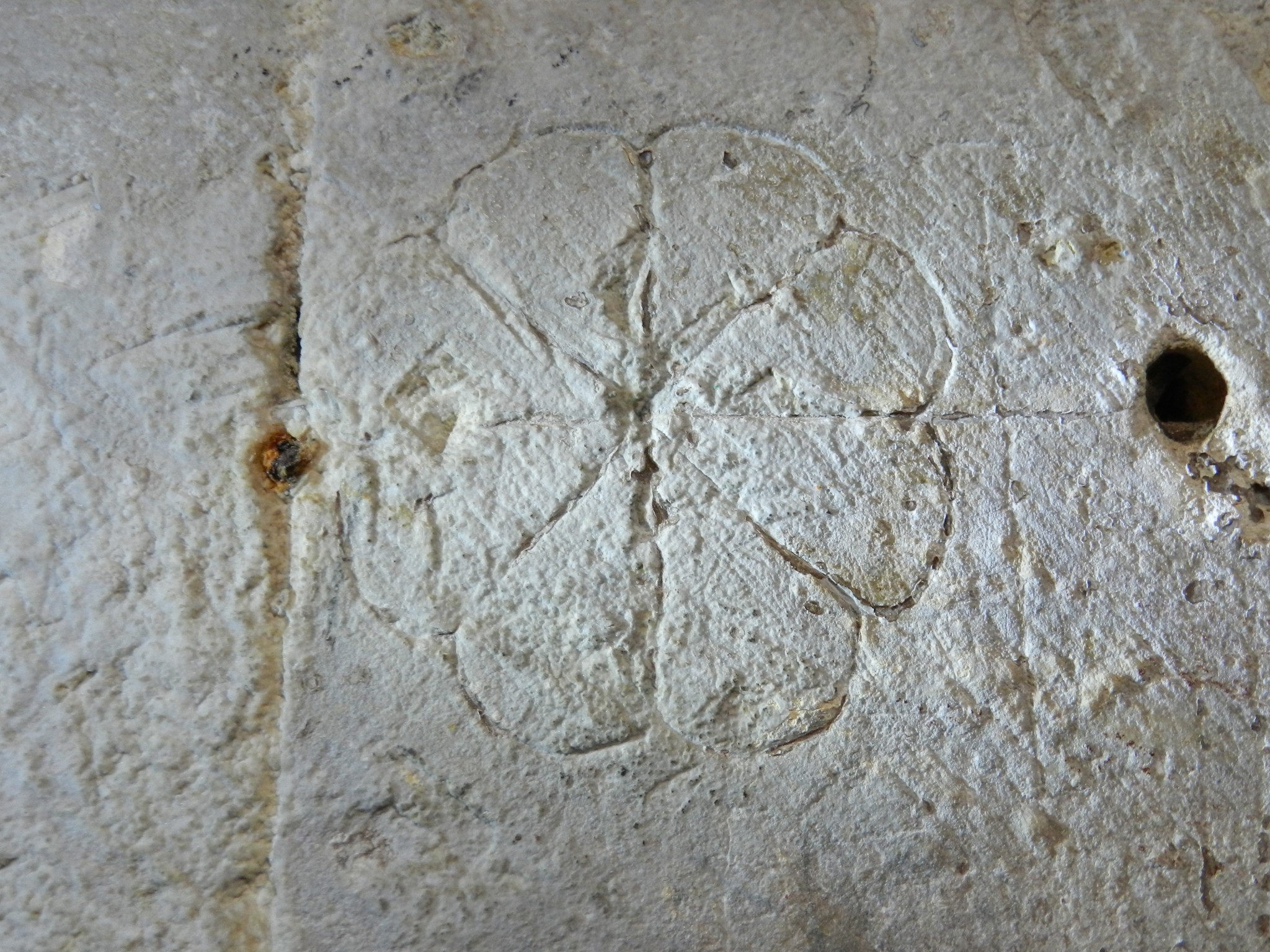 The Abbey Church of Holy Cross and St Lawrence is more familiarly known as Waltham Abbey Church. There is evidence that there was a church on the site as far back as the 7th century. The church was rebuilt and enlarged in Saxon times with Harold Godwinson, Earl of Essex and owner of the manor of Waltham, funding a significant expansion in 1060. There is a legend that King Harold’s body was moved to the church years after his death at the Battle of Hastings.

The church was again rebuilt in the 12th century and the Norman architecture is immediately recognisable in the nave, which resembles Durham Cathedral in the style and decoration of the columns. The church we see now is only a fraction of the large abbey church that stood in medieval times but was lost to the dissolution of the monasteries.

Interior eastwards
The most obvious marks on the columns are not actually graffiti, but grooves marked into the stone by the chains of books fastened to the column to prevent theft.

Eight petalled rosette, hand drawn
There is a christogram, a variant of a Chi-Rho on one column and a possible helmet on a northern column near the altar.

Shield, compass circles
The other non-tourist graffiti is made up of dot patterns and grid marks.

Grid
There are several names and initials, most of the dates go back to the 18th century.

N, I, other marks