Sutton House is a Tudor house in the middle of Hackney. It was built in 1535 by Sir Ralph Sadler, a privy councillor at the court of Henry VIII. It has been a family house, a school,  a centre for WW2 fire wardens, the offices of a trades union and a squat-cum-music venue. It is now owned by The National Trust.

After such a long and varied career it is amazing that any graffiti is to be found. But there is. Behind a panel over the mantelpiece in the Georgian parlour are some Marian marks, the letters SS, some roman numerals and the outline of a leaf. There is an inscription of which the word ‘ora’, pray, is visible. The star, however, is a lovely figure of a man holding a griddle pan in front of him. 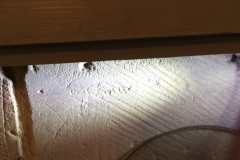 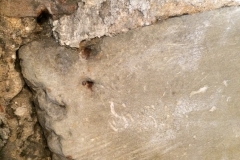 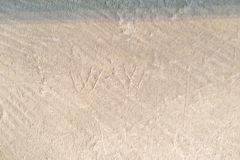 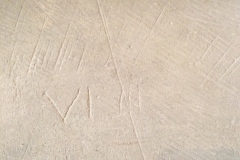 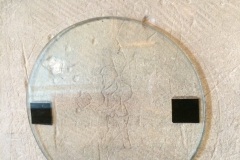 That is all the graffiti, but not all that is of interest. In the Tudor kitchen, the beam above the fireplace is covered in ritual burn marks, some quite deeply burned into the wood. 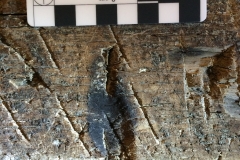 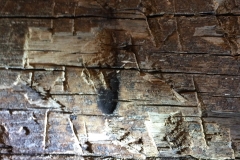 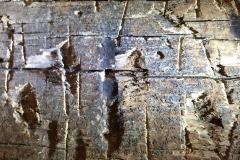 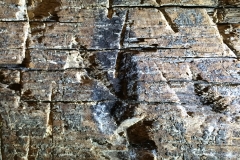 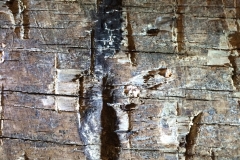