The church of St Nicholas in Studland in the Isle of Purbeck in Dorset is a simple Norman structure. Built in the 11th century on the base of an earlier Saxon structure, it consists of a nave, chancel and sanctuary. The round arches are simply carved with none of the dog tooth pattern associated with later Norman architecture.

The south door has one decoratively carved cross on the right side.

There are interesting carvings at the column capitals with eight-pointed designs – flower-like and yet also suggestive of compass drawn designs. 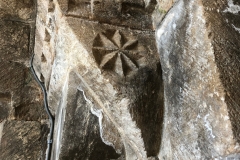 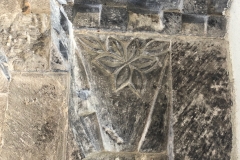 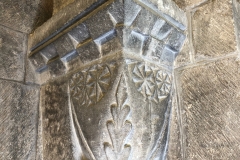 However, the church is most famous for the corbel table outside.

The south side corbels include two lovers, a saltire and a four-pointed star. 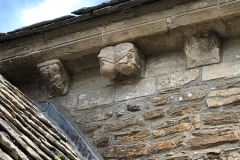 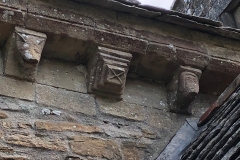 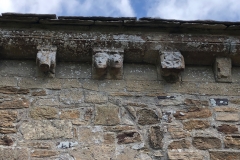 The north side has a upright sheela na gig, there is another, more acrobatic, sheela na gig figure also exposing her vulva. There is also a megaphallic figure whose phallus is missing but whose huge testicles are clearly visible. More details about these figures are available from the Sheela Na Gig Project website. 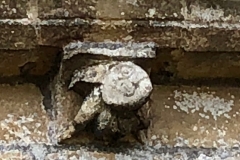 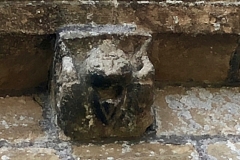 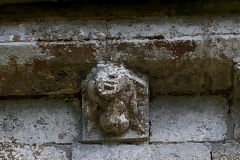 The church is usually open during daylight hours. There are a couple of parking spaces outside the church. Otherwise the National Trust South Beach car park on Manor Road is only a short walk away.