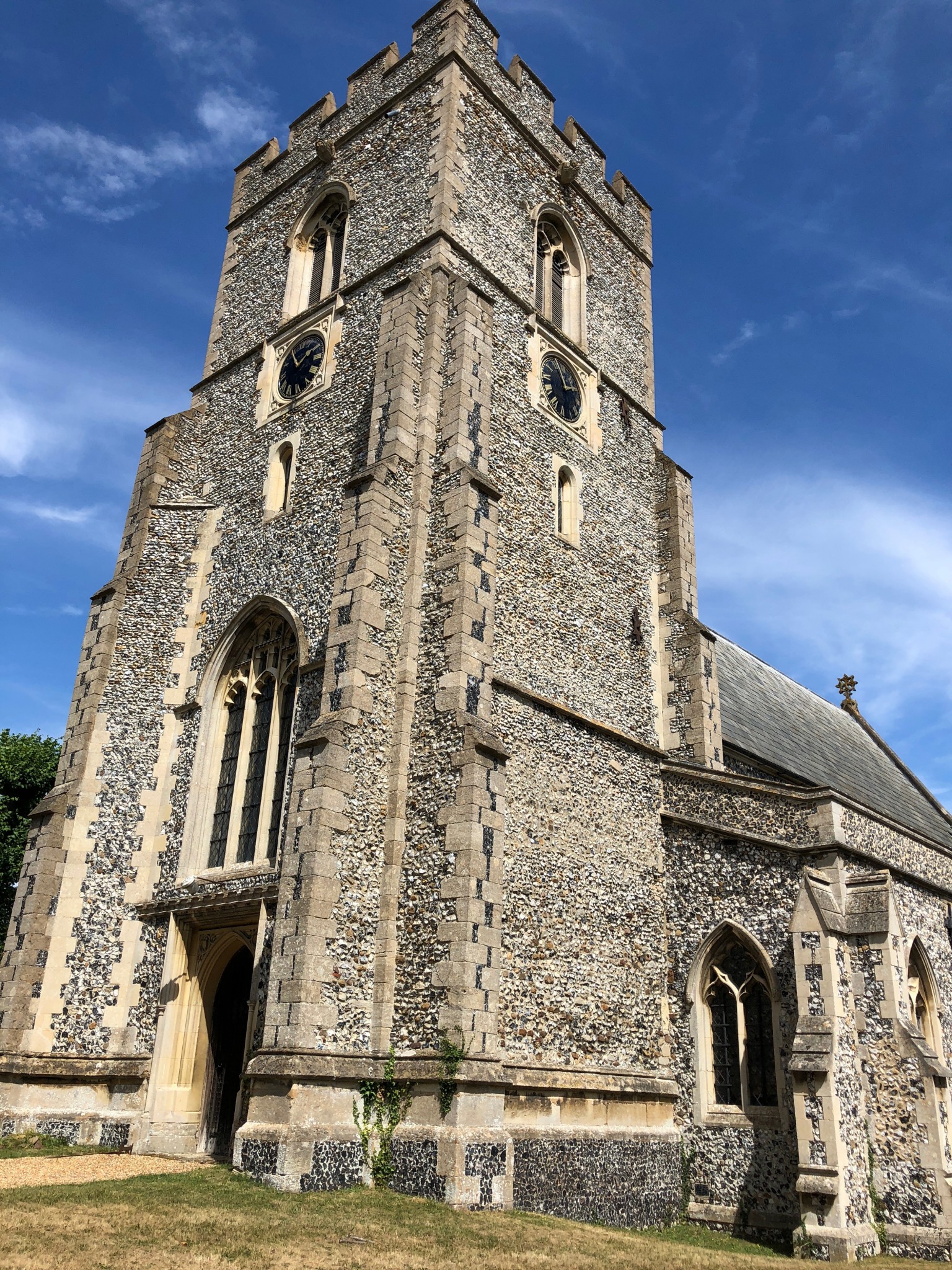 St Nicholas church in Elmdon Essex has a 15th century tower, but the rest of the church was completely rebuilt in the 19th century. This has wiped the nave and chancel clear of graffiti barring a few faint initials on the 16th century tomb of Thomas Meade in the chancel.

JM, AM, NP, EJ
However, behind a curtain at the side of the organ (dating to 1860), is the original hand pump for the bellows and graffiti left by the children who pumped it.

Stool
The artwork is the most charming, ranging from faces and animals to a penny farthing bicycle.

Horse and rider, DJ, WH, DS
There are signatures with ages, initials and what must be rotas for organ duty. There are declarations of love and the enigmatic message ‘Jam Sarnie’. I don’t know if that’s an expression of hunger or someone who acquired that nickname. And there is a touch of warning or paranoia in the text that ‘He talks about us’.

GH, He talks about us