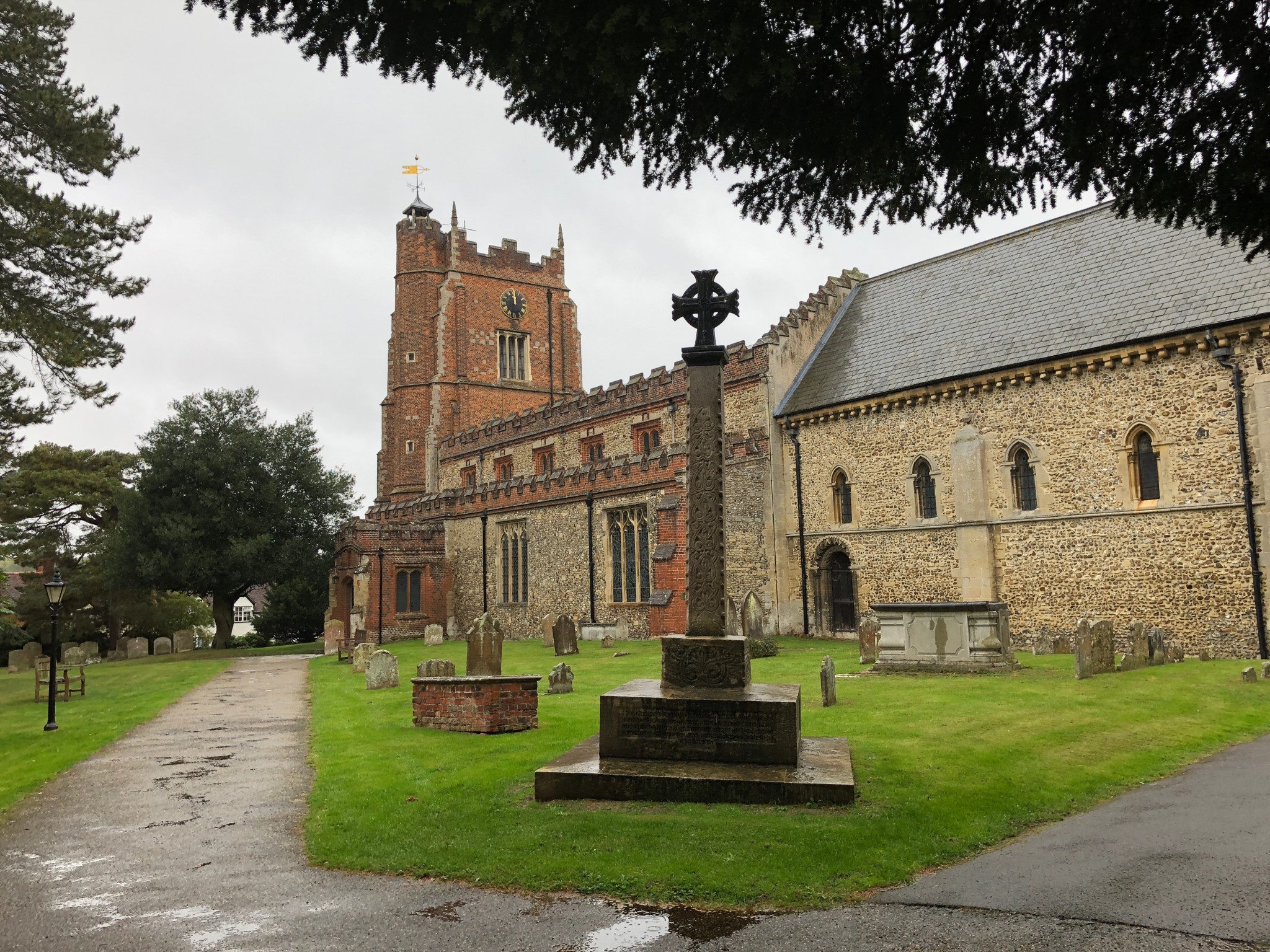 Castle Hedingham, despite being in Essex, was the ancestral home of the de Vere family, the Earls of Oxford. Not surprisingly, the village shows all the signs of medieval prosperity, which is also reflected in the large parish church.

St Nicholas church dates back to the 12th century with some surviving Norman features. The tower dates to the early 17th century. There is a notable misericord in the choir, showing a fox (with an axe) making off with a monk, there is also a wolf playing a musical instrument. The south door, of Norman origin, has a legend of being an Essex Skin Door, where the flayed skin of a church thief was pinned to discourage others.

Interior towards the east

There is no graffiti in the nave of the church, however, the south door to the 17th century tower has a concentrated array of pentagrams exceeding anything I have seen anywhere so far. The right hand side of the doorway is finely criss-crossed with lines and it gives the impression of someone being absolutely determined to put protective signs there including a compass drawn circle and a Marian mark.

The other graffiti at the door include some examples of script, a series of radiating lines from a central point and some upside down initials.

With the nave being swept clean of graffiti at some point in its career, the remainder can be found on the tomb of John de Vere, 15th Earl of Oxford and his wife Elizabeth Trussell. One of the dates is 1539, which must have been engraved practically at John de Vere’s death. (He died 21st March 1540, which would have been 21st March 1539 in the old way of reckoning the New Year.)

The church is usually open during daylight hours. Parking is scarce near the church, your best bet is Churchponds which skirts the churchyard.