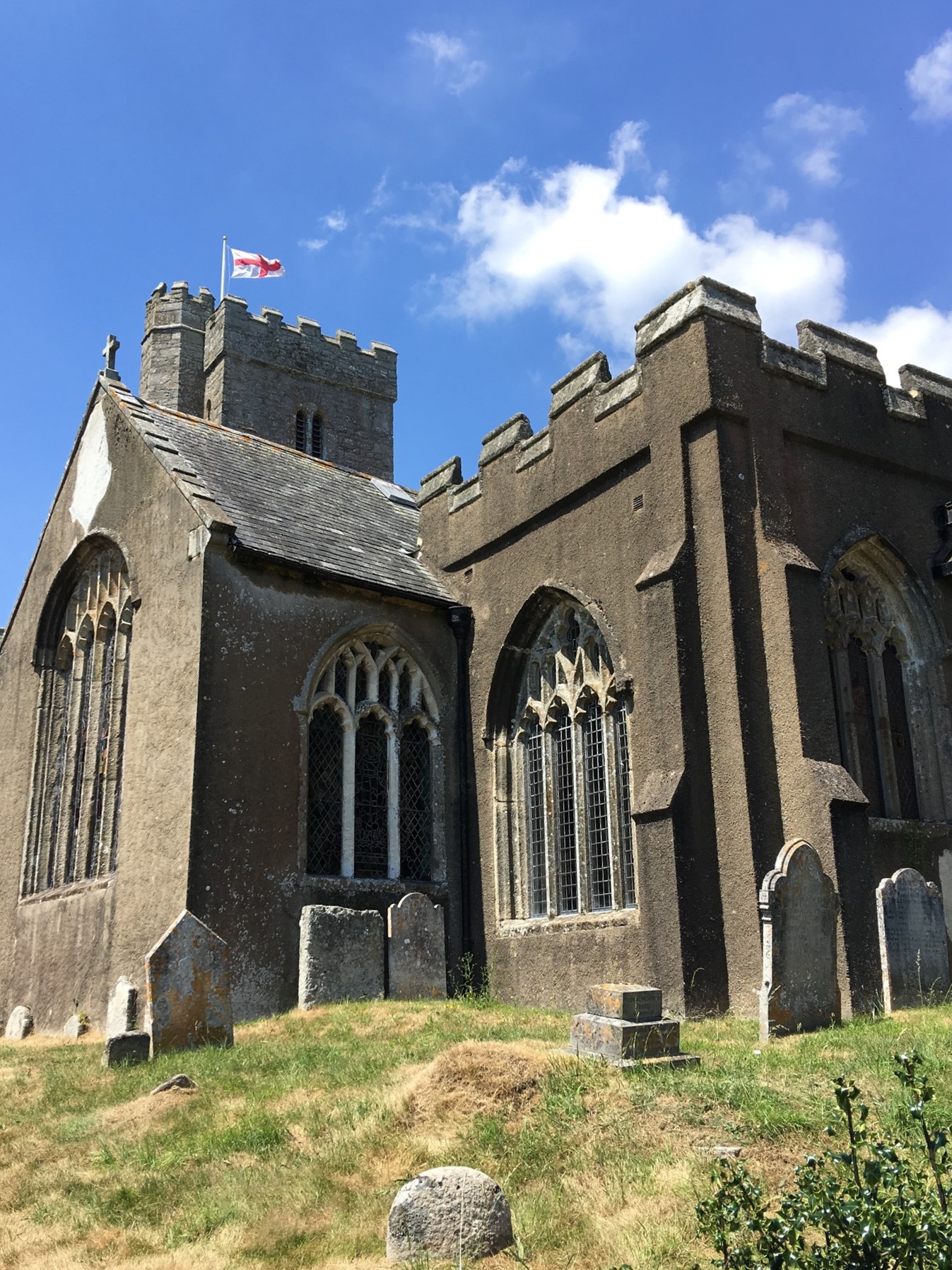 St Michael Ilsington is a large church that lies at the heart of its village, is accessible by way of the church steps, which are directly adjacent to the pub, or by a level entrance from the southwest corner of the site, passing through a gatehouse which once housed the schoolroom. The whole village is sited on the rising ground of the Dartmoor uplift and the church yard commands spectacular views across the Bovey Basin to the hills outside Teignmouth – a distance of around 8.5 km. As an upland outpost of St Michael it is a beautiful location. 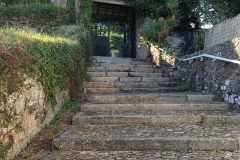 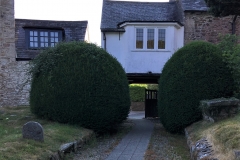 The current building is considered to be late 13th or early 14th century in date, enlarged and partly rebuilt in the 15th or early 16th centuries. The chancel and transepts are probably part of the early phase of building, and the south transept, which is at an angle to the rest of the church, may be earlier still. The main part of the church was restored in the Victorian period, in 1856 and 1884, the tower in 1908.

The building is largely covered in roughcast, and those parts which are exposed are either worked granite or granite and slatestone rubble – two surfaces widely found in the local area, neither of which encourages extensive decoration.

Within the church the granite pillars and door mouldings discourage any incipient graffiti artists, however, in the north transept there is a mutilated limestone effigy of a recumbent woman, believed to be a 14th century Lady Dinham – the Dinhams being Lords of the Manor at that time. As ever, when a nice piece of easily carved limestone occurs in the rugged granite of a Devon church, the graffiti carvers have been at it with a will and Lady Dinham has been deeply scored over her left eye with a crisp Marian symbol, and a further device which might be a set of initials, or which might, as they appear to be written backwards, be a further form of charm – or indeed curse. Further marks and initials occur along her dress and onto the slight plinth on which she rests, which has been vigorously criss-crossed. 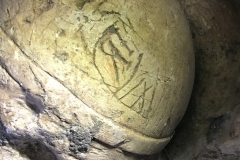 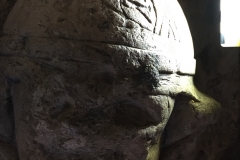 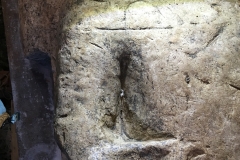 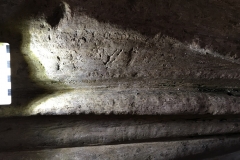 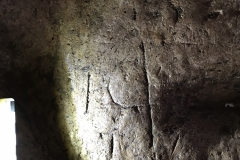 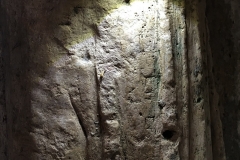 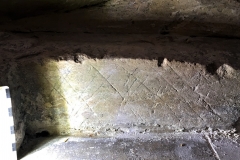 Above Lady Dinham, in the east wall of the transept, a modern stained glass window depicts St Michael with blazing hair and in full armour, and, in the bottom corner, a tiny signature of the craftsman who made it – in the form of a merchant mark. 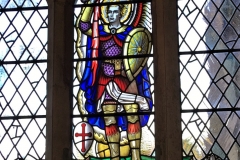 The building has a fine wide chancel screen in the Devon tradition, now stripped of its paint, which has been largely untouched by graffiti makers, although there are two fairly deep burn marks on the north side of the centre section, which appear to be intentional.

Overhead there are a number of dark oak ceiling bosses, including a three hares design – almost too high above the nave to see, and closer to the ground a particularly fine heraldic lion of St Mark on the end of a clergy stall to the south of the main passage. 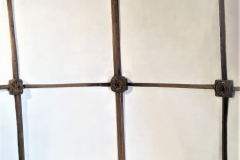 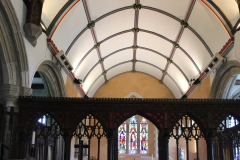 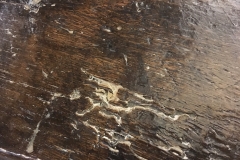 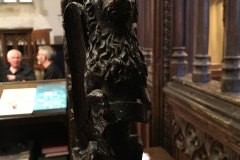 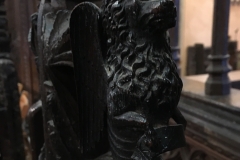 The building is in regular use, however, the Church of England website A Church Near You is unable to provide opening times, and recommends that you contact the church.