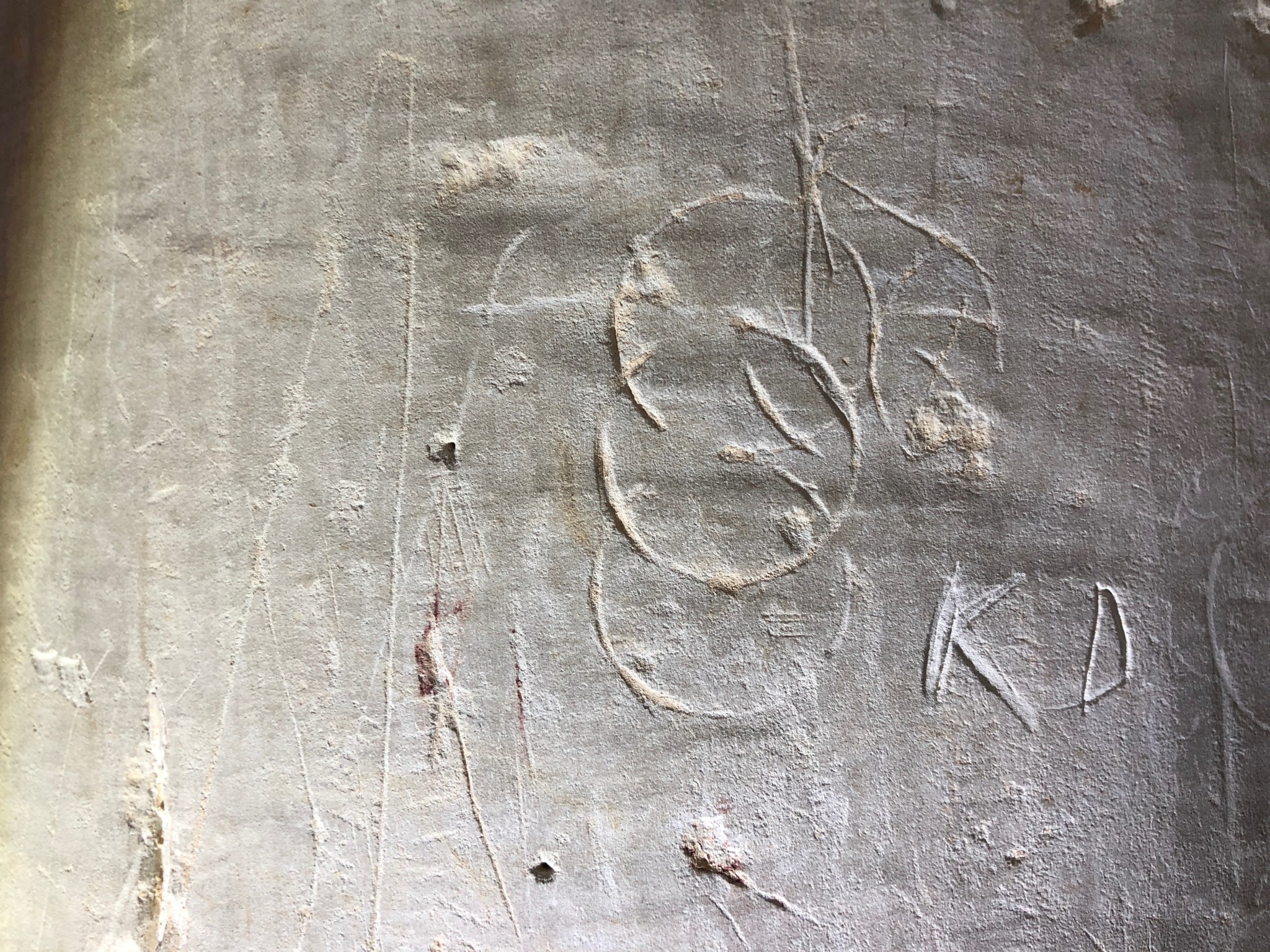 Following on from the previous post about St Michael’s church in Great Sampford, Essex, this post will concentrate on the graffiti in the north aisle of the church.

The protective marks in the north aisle mostly consist of compass drawn circles with a single Marian mark and a pentagram to add variety.

Circle (compass drawn) (partial)
There are several crosses, a shield, a possible ship and a strange design which, while clearly deliberately drawn, defies interpretation. A faint head and shoulders can be seen on one column, but it is faint and looks more modern than most of the other graffiti.

Shield
There is a desk in the north aisle with an information sheet saying that it possibly belonged to the school held in the church during the 18th century. The local legend that it was a school desk is slightly contradicted by the lack of schoolboy graffiti on it.

School desk
The rest of the graffiti is made up of names, initials and memorials. The earliest date is 17th century.

The church is usually open within daylight hours.