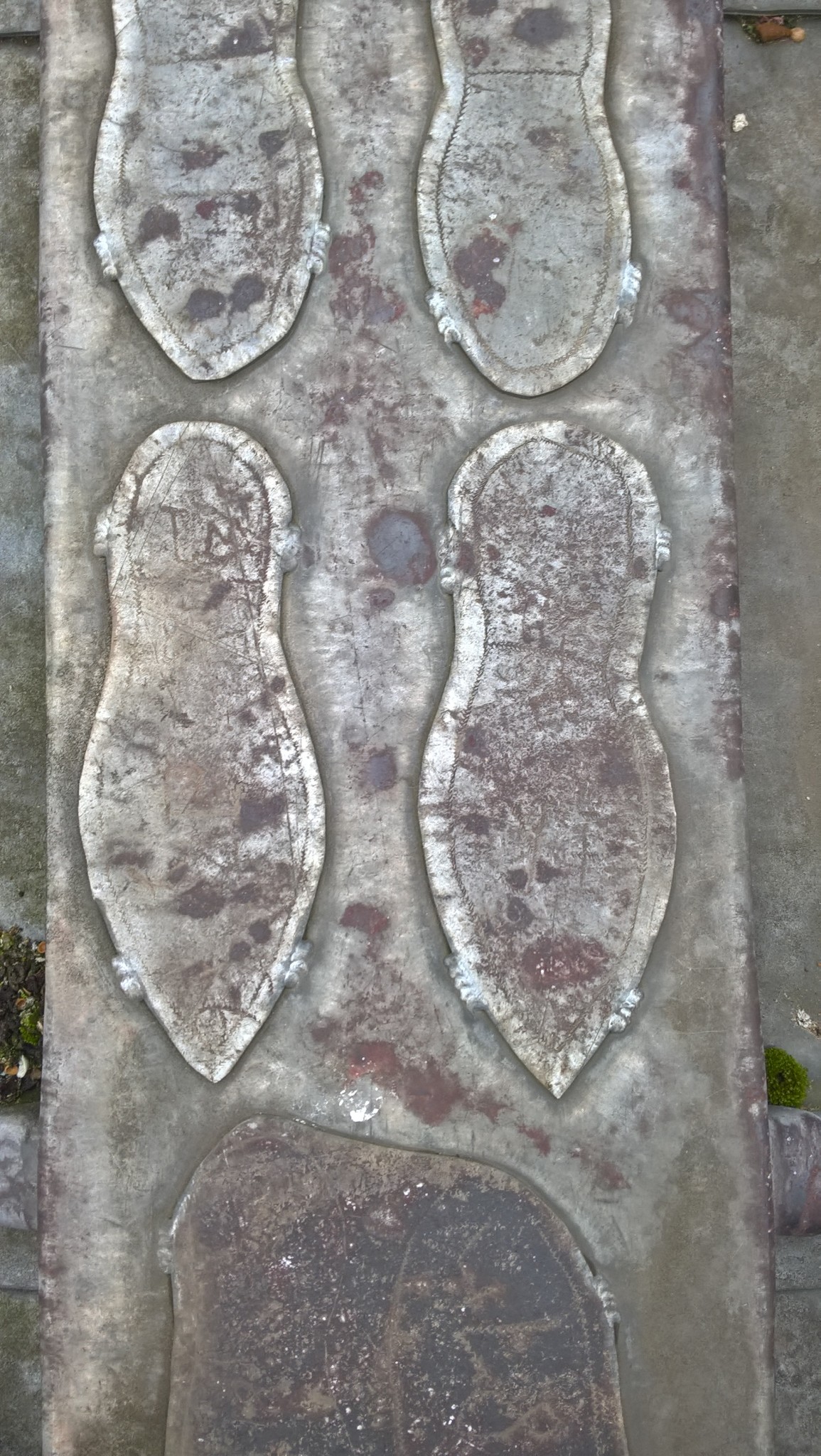 St Mary’s church in Gestingthorpe dates back to the 13th century, the south aisle was built in the 14th century and rebuilt in the 15th when the tower was also added. There is double-hammerbeam roof, also of the 15th century, and ‘uncommonly splendid for Essex’, according to Pevsner. One wall has a diamond diaper pattern, which Marc Robben, in his paper ‘Magical Signs in Masonry‘, argues may have apotropaic functions.

Hovering on the boundaries of graffiti are two church notices: a list of priests and a commemoration of a peal of bells. Both of these notices have the name of the village painted out in order to frustrate any possible invaders during WW2. It is easy to smile at this now, but while it turned out to be unnecessary, the parishioners weren’t being paranoid, invasion was a very real threat and Gestingthorpe has seven air fields within a ten mile radius of the village.

A peal of Bob Minor, changed to frustrate invaders
There’s not a vast amount of graffiti in the church, but one panel on the south side of the chancel arch has a collection of daisy wheels and pentagrams.

Daisy wheels (compass drawn)
I have read on some forums about graffiti hunters having spooky experiences when visiting churches: footsteps in empty churches, scary atmospheres and that kind of thing. I had never experienced anything like that myself, until, in St Mary’s, the bell ropes in the tower started to sway and make a sound. It was nearly time to look for the holy water when a couple of men descended from the bell loft and explained they were preparing the bells for a visiting troop of bell ringers. This fortuitous meeting was the source of an invite to go up the tower and see some graffiti on the roof. Up there, previous roofers have left the outline of their feet and these have been preserved and added to over the years. The inscriptions are weathered now, but dates in the 1790s and 1880s can still be made out.

Lead feet
The rest of the graffiti in the church is found on the font and a couple of the windows.