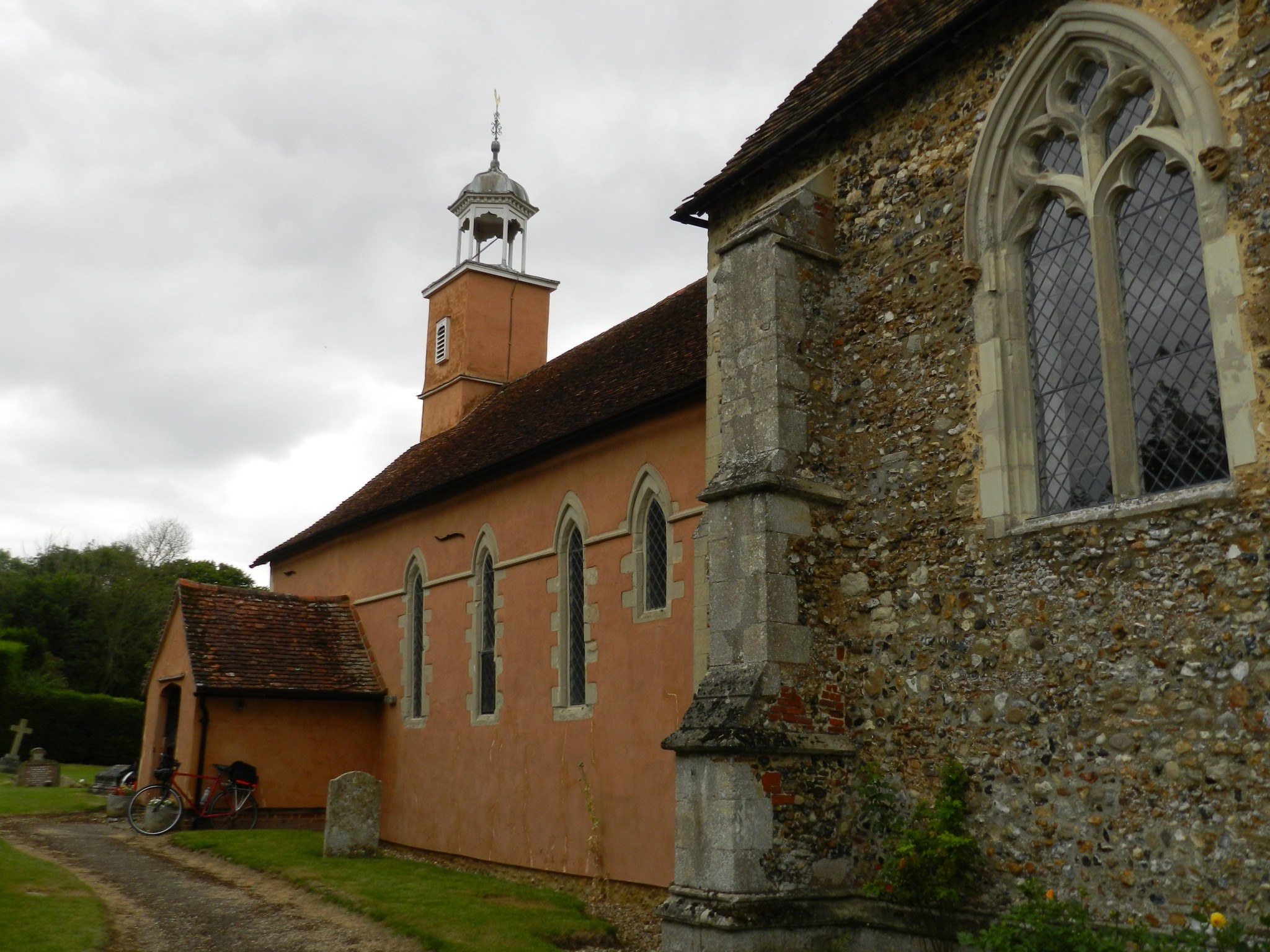 The church of St Mary the Virgin was originally the Chapel Outside the Gate of the Cistercian Abbey of St Mary in Tilty. Both abbey and church were built in the 13th century. When the abbey was destroyed in the dissolution of the monasteries only the church remained apart from a few low walls in the field beyond the churchyard.

Inside, the church is heavily whitewashed apart from a few places. This makes the graffiti difficult to see (and even more difficult to photograph). The most obvious graffiti is around the south door with initials, dates and a few Marian marks clearly visible.

An interesting specimen, unfortunately faint under the whitewash, is a tall cross on a platform of two X’s. This is very similar to one in the Guild Chapel at Stratford upon Avon. I had labelled the Guild Chapel example as a mason’s mark, but with no other masons’ marks visible in St Mary’s that classification might be doubtful.

There was an intriguing graffiti of two IN’s with the N’s reversed in the church. A symbolic interpretation to this graffito seems unlikely as reversed N’s seem to be a feature of the graffiti in the church and around the door.

The rest of the graffiti inside the church is made up of initials and dates.

The external east wall has a good collection of tourist graffiti going back to the 19th century.

Cross, DT 1859, W, IV
St Mary the Virgin
Tilty
Dunmow
Essex
CM6 2EG
The church is usually open during daylight hours. There is a car park beside it.
Report by: Anthea Hawdon