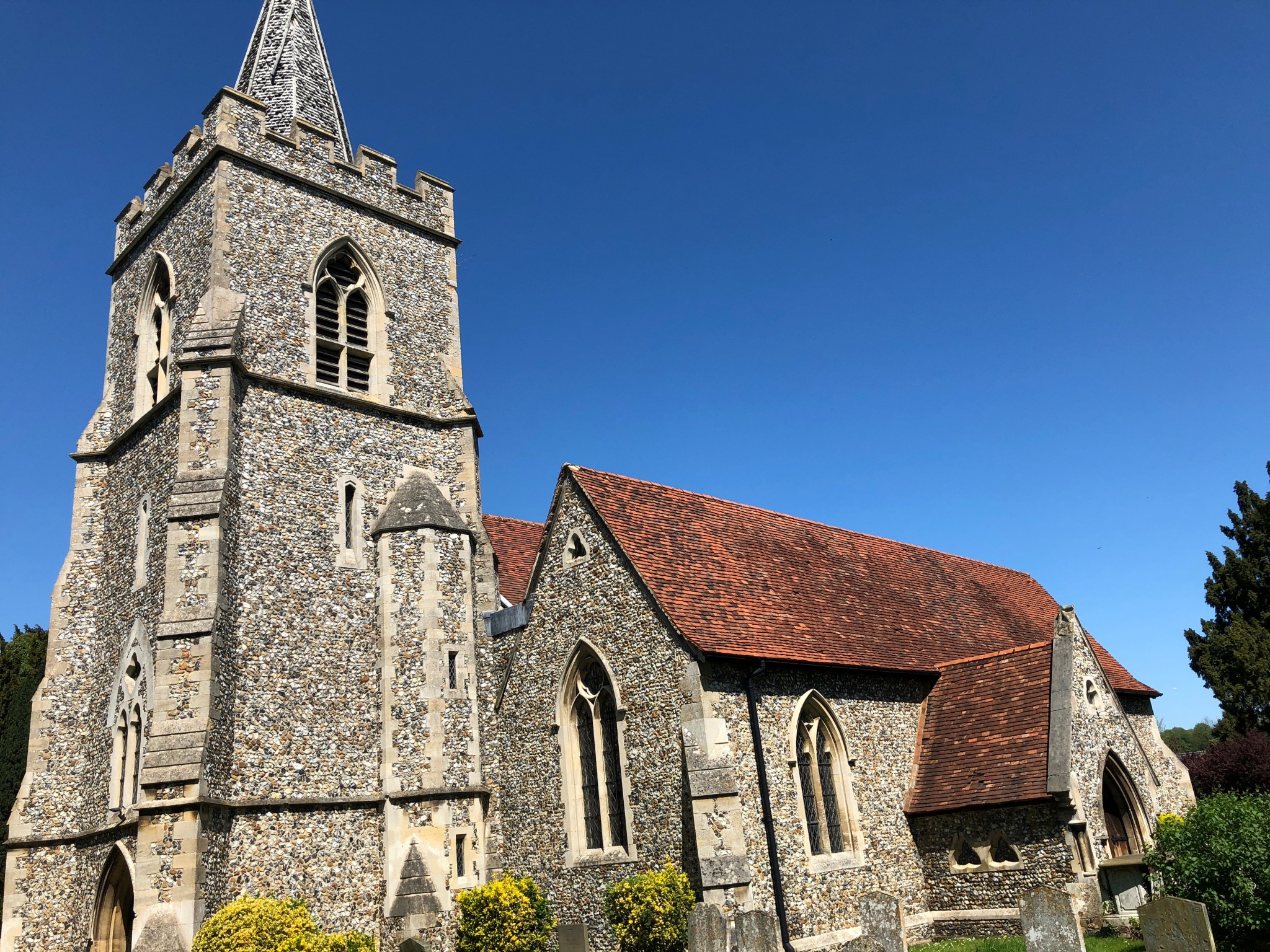 The church of St Mary the Virgin lies as the heart of the village of Manuden in Essex. St Mary’s is believed to date back to the 12th century, but the church itself was largely demolished and rebuilt between 1863 and 1864. This has limited the amount of available graffiti, but some exists on columns in the nave and in the north crossing arch. The graffiti mostly dates to before the rebuilding , so either these areas were left standing or the stones were re-used.

The north crossing arch has a couple of cartoon-like faces.

The columns in the nave have several dot patterns. One set of dots has intersecting lines, but it is not clear whether they are contemporary with the dots or have been added later. The north crossing arch has a few ‘kite’ marks that I’ve not seen before.

The rest of the graffiti consists of initials and names. The dates are mostly mid-19th century. The graffiti is notable for the depth and clarity of the letters, clearly a lot of time and care was taken over these.

The church is usually open during daylight hours. There is street parking available outside.