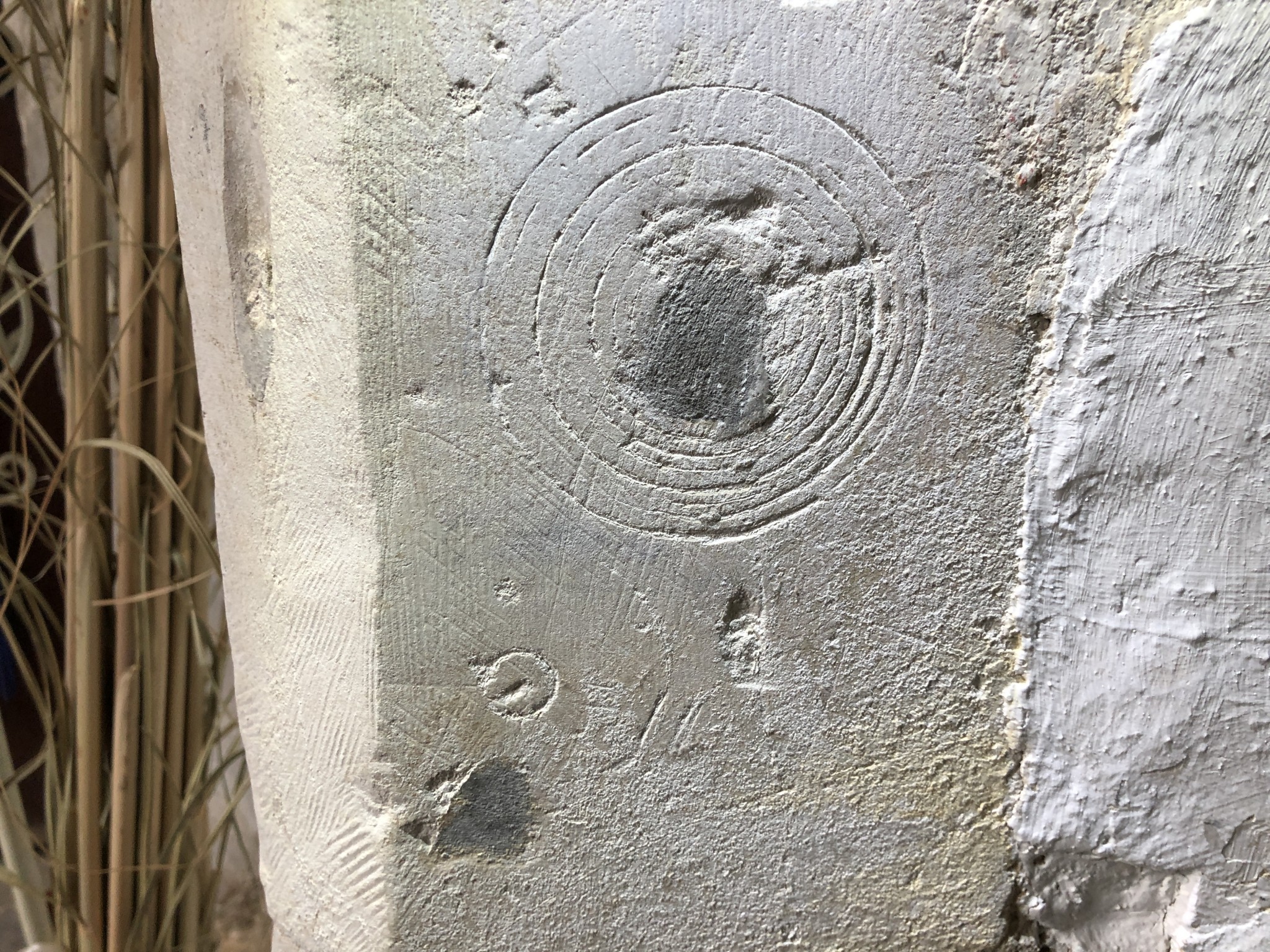 There are some churches where setting, exterior and interior combine to form a whole that achieves way more than the sum of its parts. St Mary the Virgin in Little Sampford is one such gem and I would urge anyone to visit whether they are interested in graffiti or not. The 14th century building nestles in its wooded setting as though it has grown there and could have taken no other form. The light and deceptively spacious interior seems as though it hasn’t changed for centuries, paying back the care of its parishioners during that time.

St Francis window
A poignant piece of name graffiti is that of William Greene. The Greenes were the tenants of Little Sampford Hall from 1450 until the reign of Elizabeth I. They were recusant Catholics, refusing to attend the protestant services in the church.  Rooke Greene was imprisoned in Colchester for his beliefs. His son, William, scratched his name into one of the columns of the north arcade, perhaps in proof that he came there at least once. The Greenes were financially ruined by the fines they paid for refusing to attend services and the tenancy of Sampford passed to the Peck family in 1670.

Willm Grene
There are some intriguing marks in the church. On one column there what looks like a piece of fruit or apple next to what looks like a drawing of a louse. Another column holds what appears to be a five-bar gate.
Among the apotropaic marks are compass circles, daisy wheels, pentagrams and butterfly crosses.

Compass circle
There is plenty of faint script in the church, mostly indecipherable, but one INRI stands out among them.

Faint script
A couple of ragged staff symbols appear in the nave.

Grid mark, ragged staff
There is the usual collection of crosses, saltires and sun crosses.

Crosses
The church has a large number of grid patterns and cross hatching, but the only true merels are in the north porch.

Up arrow
There’s not a huge number of names and initials. Apart from William Greene the only distinguishable name is James Gram who left his mark on the window of the north porch.

Church is normally open during daylight hours. There is limited parking outside.