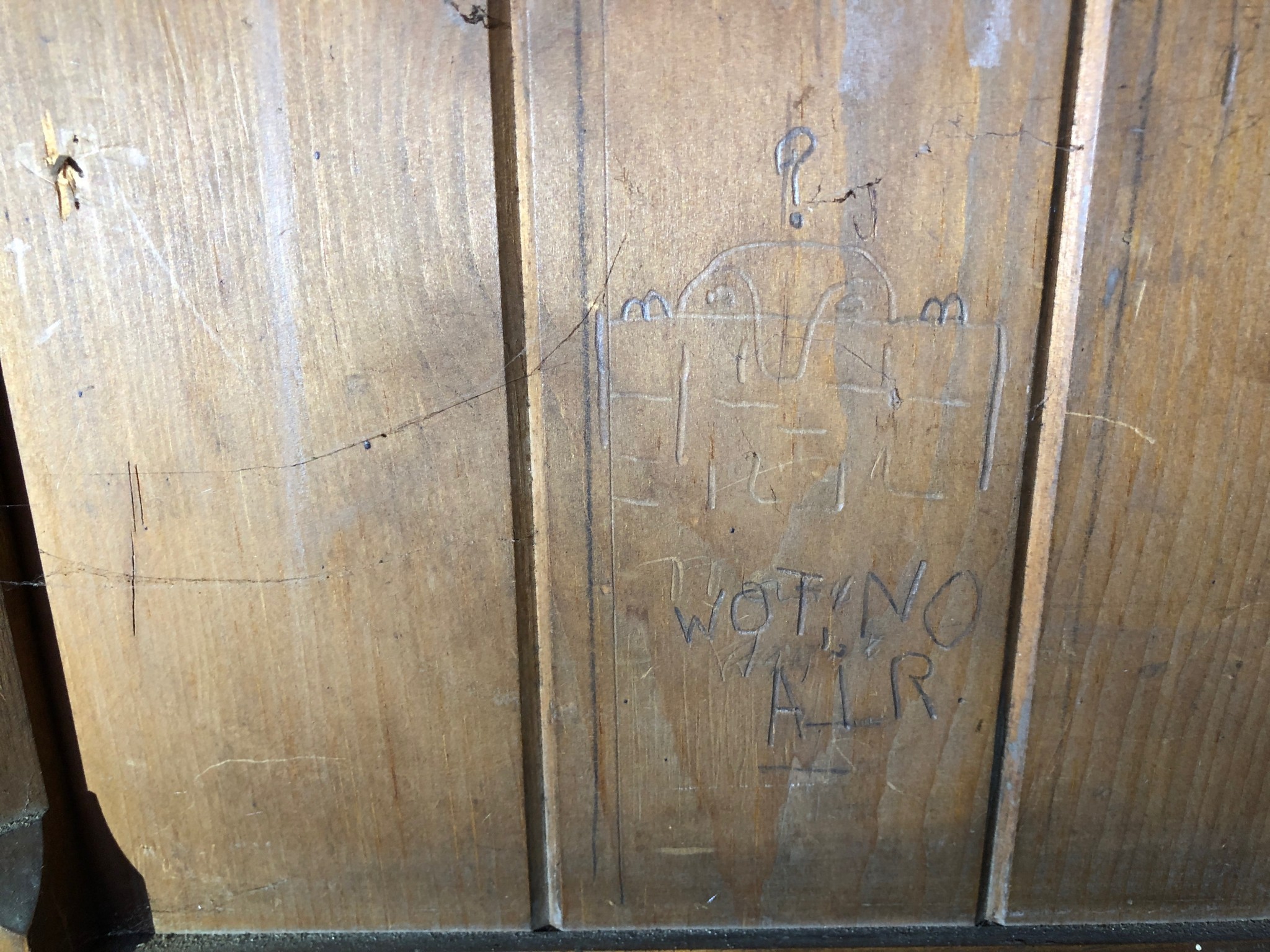 The church of St Mary the Virgin dates back to the 12th century and has been altered through the succeeding centuries. There are two sets of existing medieval wall paintings showing the events leading up to the crucifixion and also one of an unidentified seated prophet.

The south chapel holds monuments of the Maynard family with particular note of the tomb of Sir Henry Maynard and his wife. Four of the children depicted below the main statues carry skulls, signifying that they died before their parents.

The north chapel is dedicated to the USAAF 386th Bombardment Group known as The Crusaders. They were based at RAF Dunmow which was in the grounds of Easton Lodge.

Window of Friendship and Peace

Friendship and Peace
The significant graffiti in the church is behind the organ. The current organ was installed in 1891. At that time the organ would have been hand-pumped and, hidden from view, the youth of the parish have left their mark between hymns. That is fairly standard for a lot of church organs, what makes the graffiti at Little Easton stand out is the WW2 graffiti. This appears in the figure of Mr Chad, who poked his nose over walls and complained about the lack of various staples due to rationing. He appears twice here and in one example complains ‘Wot No Air?’. The words ‘What no granny scarf?’ also appear without Mr Chad and make you feel you’ve been eavesdropping on a private joke that we’ll never understand now.

What no granny scarf

Chad wot no air?
The rest of the graffiti is mostly names and initials but a very handsome duck with a 50s pompadour quiff makes an appearance.

DS, CB, 1914, possibly bomb
The only protective graffiti is a Marian W on the foot of Lady Maynard on her tomb.

The church should be open in daylight hours. Be careful if you’re using the A Church Near You website, it has the wrong postcode for this church, the correct one is CM6 2JJ.