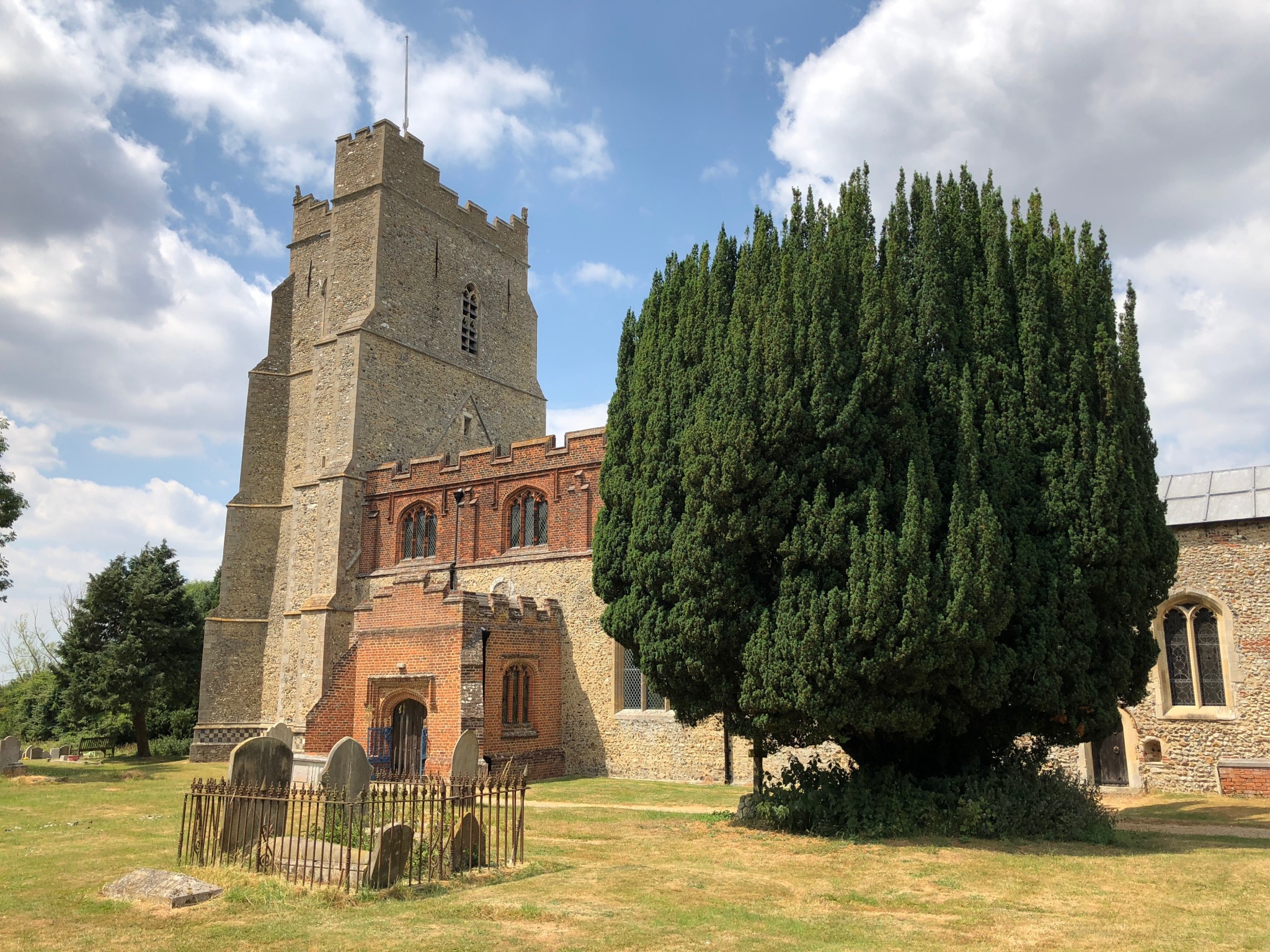 The nave columns have no graffiti, but two masons’ marks repeated on several stones in the columns.

Butterfly cross
The eight-sided font dates back to the 14th century. The sides display carvings of the animal symbols of the four evangelists interspersed with angels, whose worn faces must give nightmares to the Sunday school attendees. The graffiti on the font consists of script and initials on the lead lining and a very faint partial daisy wheel on the stone.

Thom, daisy wheel (partial)
The chancel’s south door and window beside it have a lot of graffiti, some Marian marks, some script and what looks like possible music on a five line stave but that might be wishful thinking.

M, C, H
The door to the tower has names and what looks like a fletched arrow.

Marian mark, M
The 15th century tower arch piers have the glories. There are names (as usual), but there are also two drawings of women. One is a sketch of a woman in a crinoline. The other is probably much older. The drawing shows the head and shoulders of a woman with long hair or a veil, holding a comb in her right hand. She might be wearing a pleated wimple, which could put the date of the image to the mid to late 15th century. There is also a piece of knotwork, which looks like it could belong to the celtic revival of the late 19th century.

The church is usually open during daylight hours. There is street parking on The Street.

(I don’t know why googlemaps think St Mary’s is the URC church, it itsn’t, it’s the parish church)