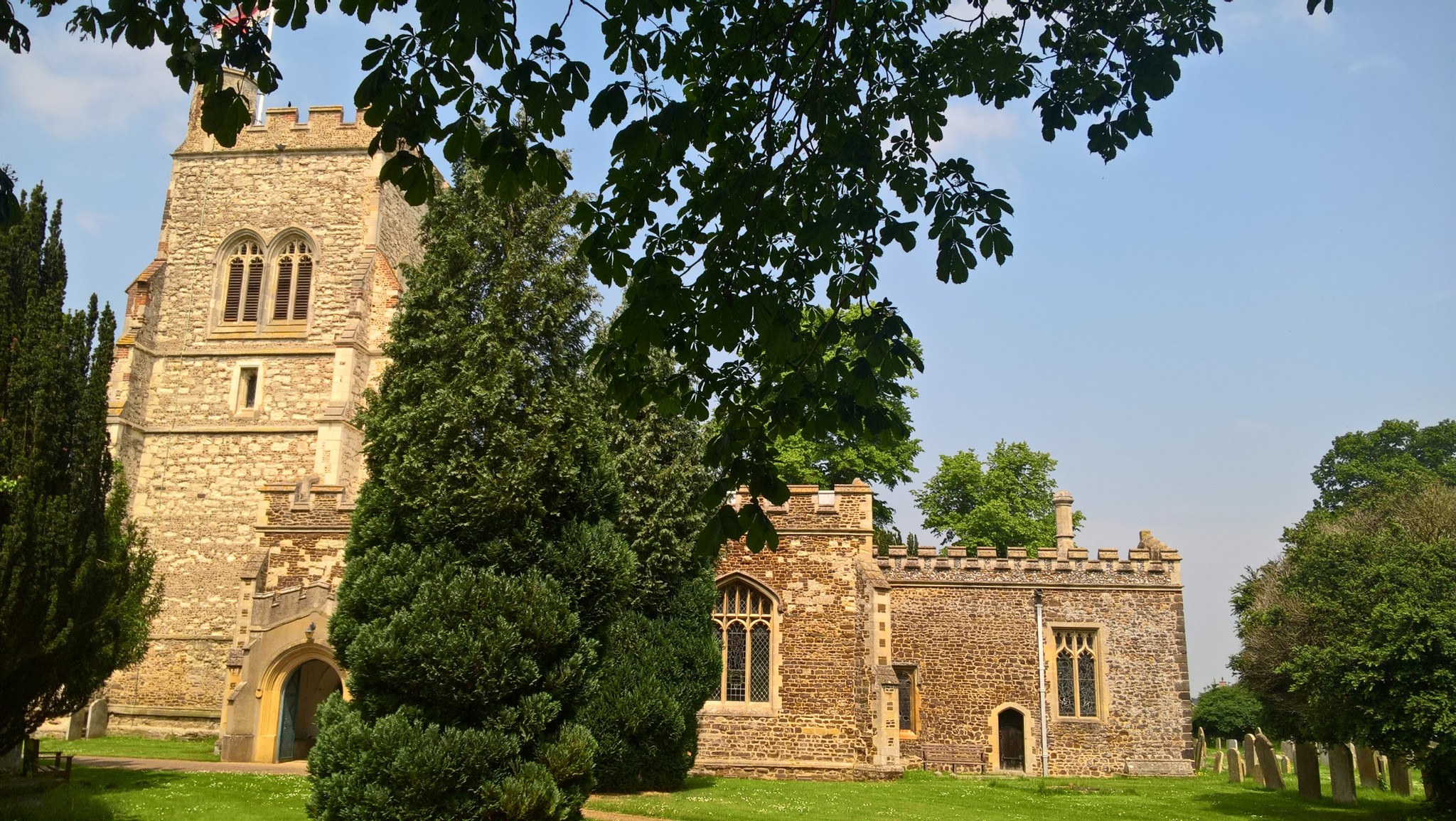 The original footprint of the church of St Mary the Virgin dates to the 12th century but the current building dates mostly from the 15th century. The porch is modern. The interior walls are limewashed and graffiti pickings are very slim.

I visited in the hope of tracking down a graffito of a head recorded by Violet Pritchard in her book English Medieval Graffiti (Cambridge University Press, 1967). Pritchard believed that the graffito represented a severed head, and observes that ‘the custom of drawing severed heads as a form of decoration was quite common in medieval times, and this is especially noticeable in Yugoslav frescoes, where large numbers of heads were often used to decorate an entire corner of a painting.’

Unfortunately, she gave no clue as to where the graffito could be located, and despite almost the entire congregation breaking off their post-service coffee and biscuits to aid an exhaustive and exhausting search, the head remained stubbornly elusive. The heavily lime-washed walls showed no signs of underlying graffiti, but when my helpers obligingly – and suitably reverently – relocated a large statue of the Virgin from in front of a curtained wall niche to reveal a narrow flight of stairs, now blocked, that presumably led to an old pulpit, I was finally able to record some graffiti, including possible Marian marks, so my visit didn’t prove to be totally in vain. 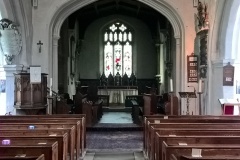 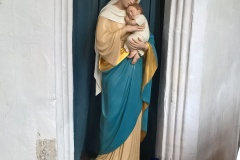 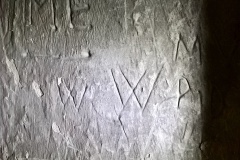 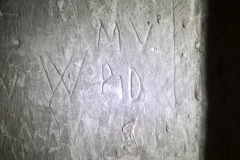 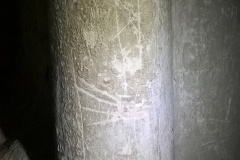 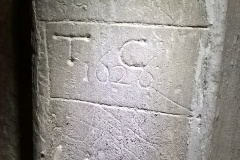 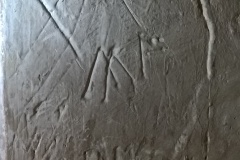 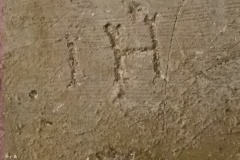 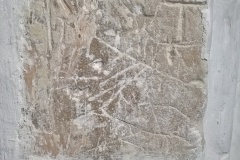 Markings on stone on exterior of alcove
Report by Linda Wilson