The church of St Mary the Virgin, in Cerne Abbas, Dorset, was built in the 14th century and enlarged in the 1450s. It has a stone chancel screen, which dates to the 15th century.

It has several unusual and interesting features including a gargoyle near the south porch which acts as a chimney flue for the fireplace in the priest’s room, biblical texts in the nave which date to 1679 and medieval paintings in the chancel showing the annunciation and scenes from the life of John the Baptist. I was also charmed by a brass memorial plaque to a Joseph Sommers, where you can hear the local accent in the spelling. 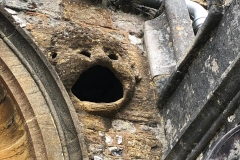 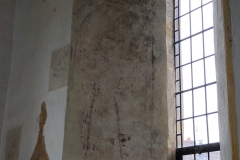 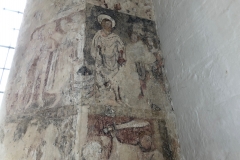 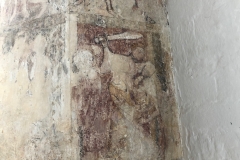 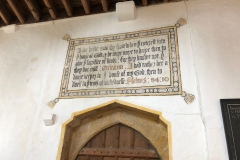 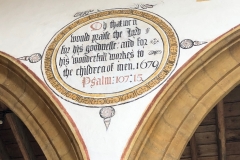 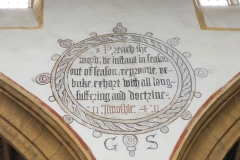 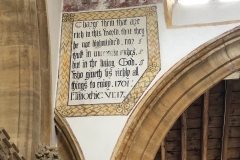 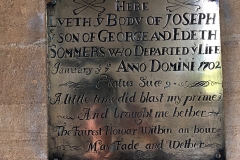 The most intriguing item is a consecration cross in the chancel, which would have been contemporary with the building of the church. The border of the circle is compass drawn as is the daisy wheel in the centre. This is where the interest lies, as the design is the six-petalled daisy wheel and not the usual compass cross design. The interpretation in the church says that the daisy wheel is probably original, but has been outlined with pencil in the 20th century.

Of the graffiti, there is one cross on the nave side of the chancel screen.

The other graffiti in the church consists of initials, dates and a couple of incomplete names. I think the ID initials belong to the I Denny? name. 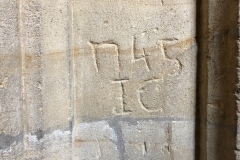 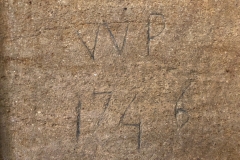 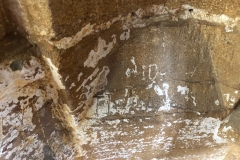 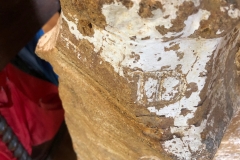 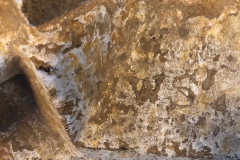 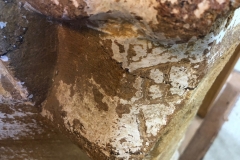 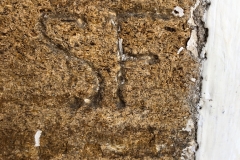 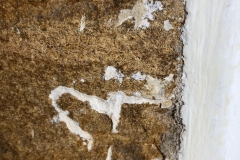 The church is normally open during daylight hours, there is very limited street parking outside.