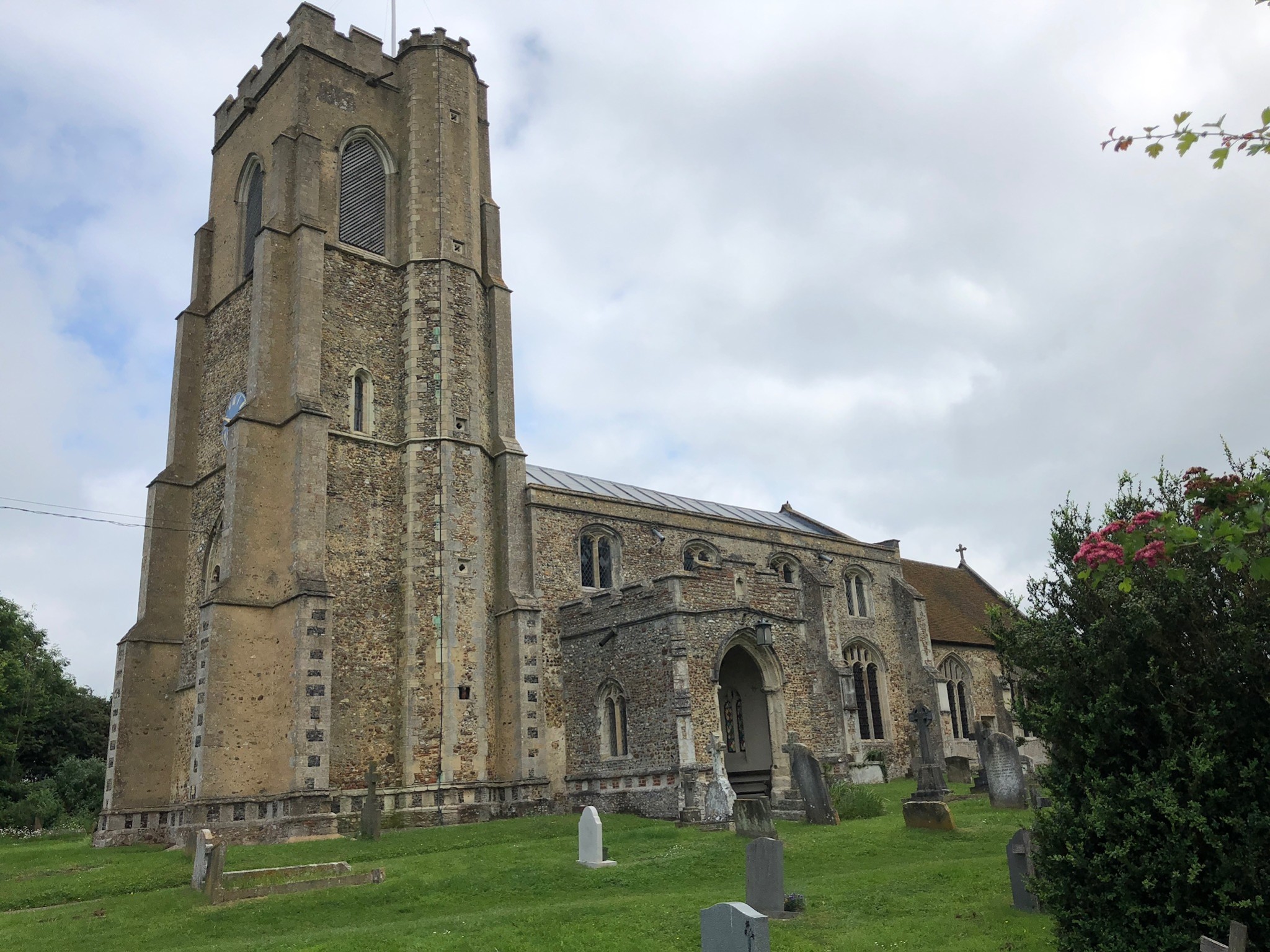 The fine, light church of St Laurence has stood in the village of Ridgewell in Essex since the 14th century. The village is close to the WW2 airbase of RAF Ridgewell. The base was the home of No 90 Squadron of Bomber Command until 1943 when the USAAF Eighth Air Force took over in the persons of the 381st Bombardment Group. The Stars and Stripes flag hangs in the church in memory of the links between the village and the USAAF.

The church holds a wealth of graffiti and appears in Violet Pritchard’s English Medieval Graffiti.

The principal item of graffiti is a piece of 15th century verse. Pritchard transcribes it as:

However, in a report of a visit to the church by the Essex Archaeological Society in 1930, on page 138, the last line is transcribed as Alle men rebolde blameles. The Middle English Dictionary notes this as verse as King Counseilles and gives the Pritchard version.

A friend with an ability to translate middle English translates it as:

The verse is clearly visible on one face the column. It appears to be repeated on the face around from it, but much less clearly.

Pritchard also mentions one figure with a strange headdress, and a crucifixion scene by a window in the south chancel. While there are several figures in the church, including some in the south chancel windows, the figures she describes are no longer visible.

A highly visible graffito on the tower arch consists of a circle of seven deeply punctured holes and an equally deeply incised line leading out of it. If you include the line there are eight terminals. This could potentially be the remnants of an eight-armed cross, sometimes called a baptismal cross, it could also be a christogram made up of a cross with Chi, the Greek X for Christos, superimposed on it.

A couple of columns have what look to be bow and arrow symbols and there is also a clear merchant’s mark.

Bow and arrow, other marks

I  will finish this post with the graffiti crosses in the church. There is much more graffiti to come in part 2, including graffiti related to the WW2 activity inthe area.