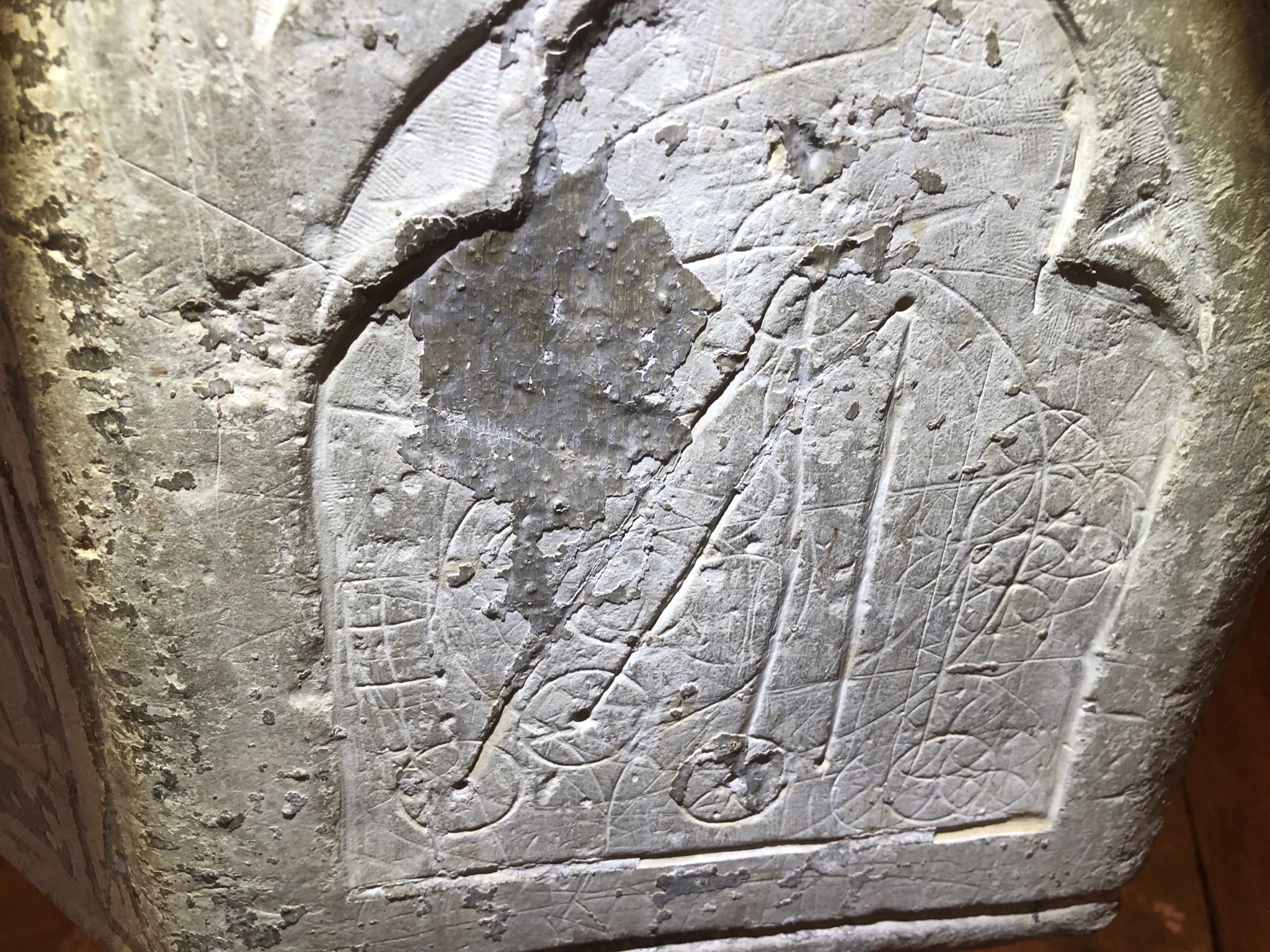 The church of St John the Evangelist in Little Leighs dates back to the early twelfth century. The south door and the font, where most of the graffiti in the church is located, both date to the thirteenth century.

Interior westwards
Possibly the most noteworthy graffiti can be found on the sides of the font. Here a large number of compass circles in various designs have been inscribed. One panel in particular has a combination of two types of protective marks – compass circles and a Marian M mark. Looking at the marks in detail, it appears that the compass circles were drawn first and then the M added later using the circles as termini for some of the strokes of the M.

Marian mark, compass circles detail
The rest of the graffiti on the font is made up of circles and crosses, although there is another Marian Mark (M or W) on the rim of the font and a set of concentric circles on one of the supporting pillars.

Compass circles (concentric)
In the chancel is a fourteenth century tomb to an unknown cleric with fine carving of the surround and a plain, wooden effigy of a priest in clerical robes. The surround has graffiti of initials and crosses and two square knot work designs.

I, R, other marks

Cross, other marks
The north door has a profile of a face to the right side of the doorway. The south door has extensive graffiti of names, crosses, a figure and deep dot patterns. These may be due to weathering as the south porch was only built in the nineteenth century.

I
Report by Anthea Hawdon