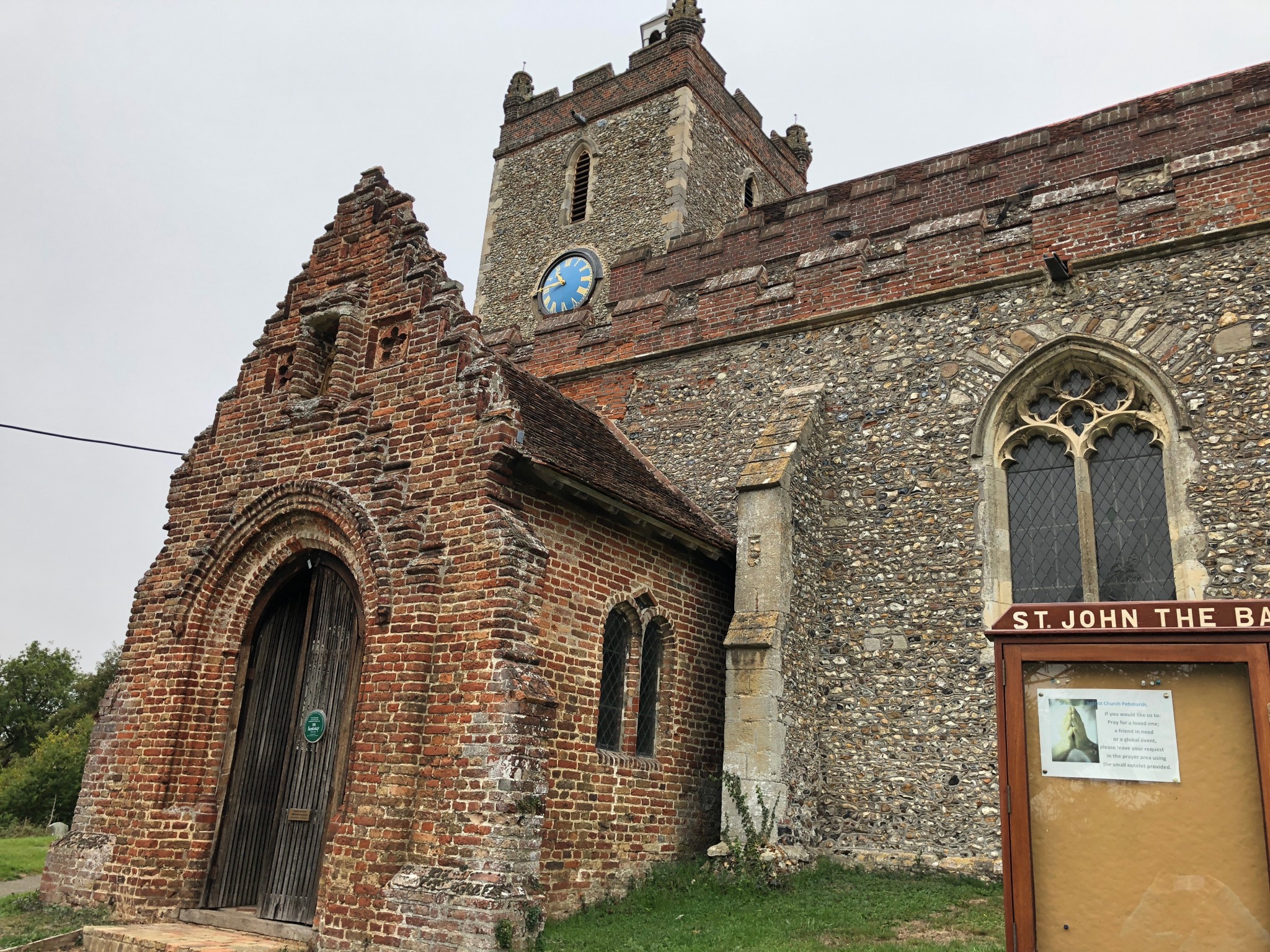 The church of St John the Baptist, Essex, was built in the 14th century and restored in the 19th.

Interior westward
Apart from a small amount of graffiti on a the western most column in the north arcade, everything else is around the south doorway (both inside and out) and in addition there is a single pentangle on the north doorway.

Butterfly cross
There is a compass daisy wheel with all six outside circles visible. There are a handful of butterfly crosses and a few pentangles.  A small cross bow can be found on the south doorway. Melinkoff suggests that this symbol has a potential protective function in Averting Demons. (Mellinkoff, R., 2004. Averting Demons: The Protective power of medieval motifs and themes. Volume1: text. Ruth Mellinkoff Publications)

Pentagram
The south doorway is also the location of several pieces of faint script.

Script, dot pattern
The rest of the graffiti is made up of initials and dates, mainly early 19th century, but one from the late 17th century.

AD
Report by Anthea Hawdon
St John the Baptist
The Street
Pebmarsh
Halstead
CO9 2NH
There is no parking outside the church, but parking can be found at the village hall, 100m further up the lane.