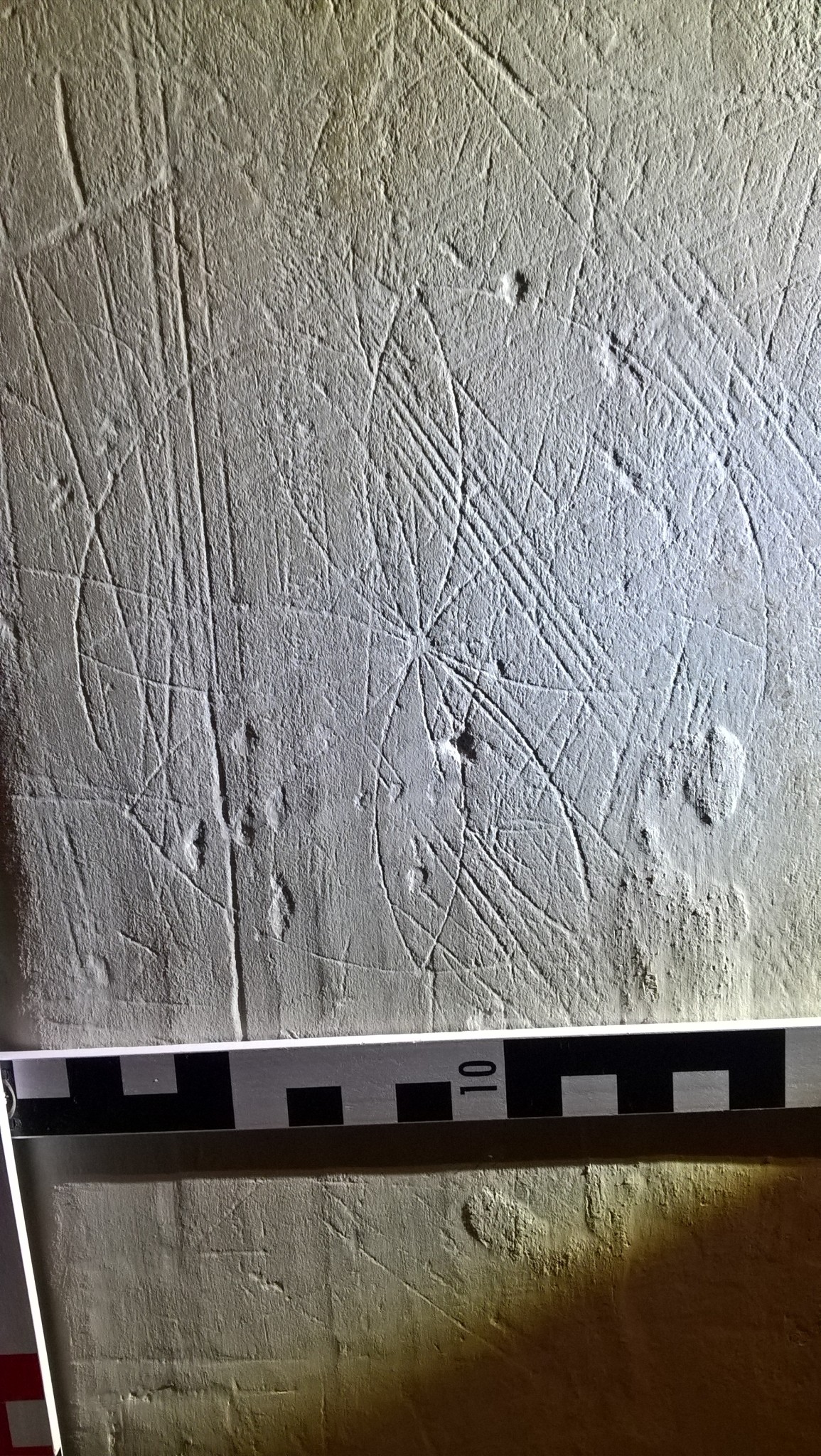 St Giles church in Great Maplestead was built in the 12th century with major additions in 13th and 14th centuries.

Interior eastwards
In the 16th century, the Deane family, who lived in nearby Dynes Hall, added a small south chapel in the church. It holds their monuments. The most splendid monument in the Deane chapel is to Anne Drury wife of Sir John Drury. Anne is carved in her shroud and the tomb commemorates her many qualities. Her son, Sir Dru Deane erected this monument in her honour and he lies ‘prostrate at her feete’. (Sir Dru was married twice, but did not feel the urge to erect monuments to either of his wives. One suspects Sir Dru never really cut the umbilical cord.)

Her shape was rare

Prostrate at her feete
There are three compass designs, one is incomplete and small, but the other two are mostly complete and of substantial size. There are also several Marian marks scattered around the church. There is also an auseklis cross and a pentagram on one column.

Merel, three men's morris type
There are several examples of script in the church along with crosses, shields, dot patterns and grid marks. There is a faint sketch of a boat on one column, rare in this part of Essex. A heart and an acorn design can also be found among the columns.

Star
The usual scattering of names and initials can be found around the church, the earliest date is 17th century.