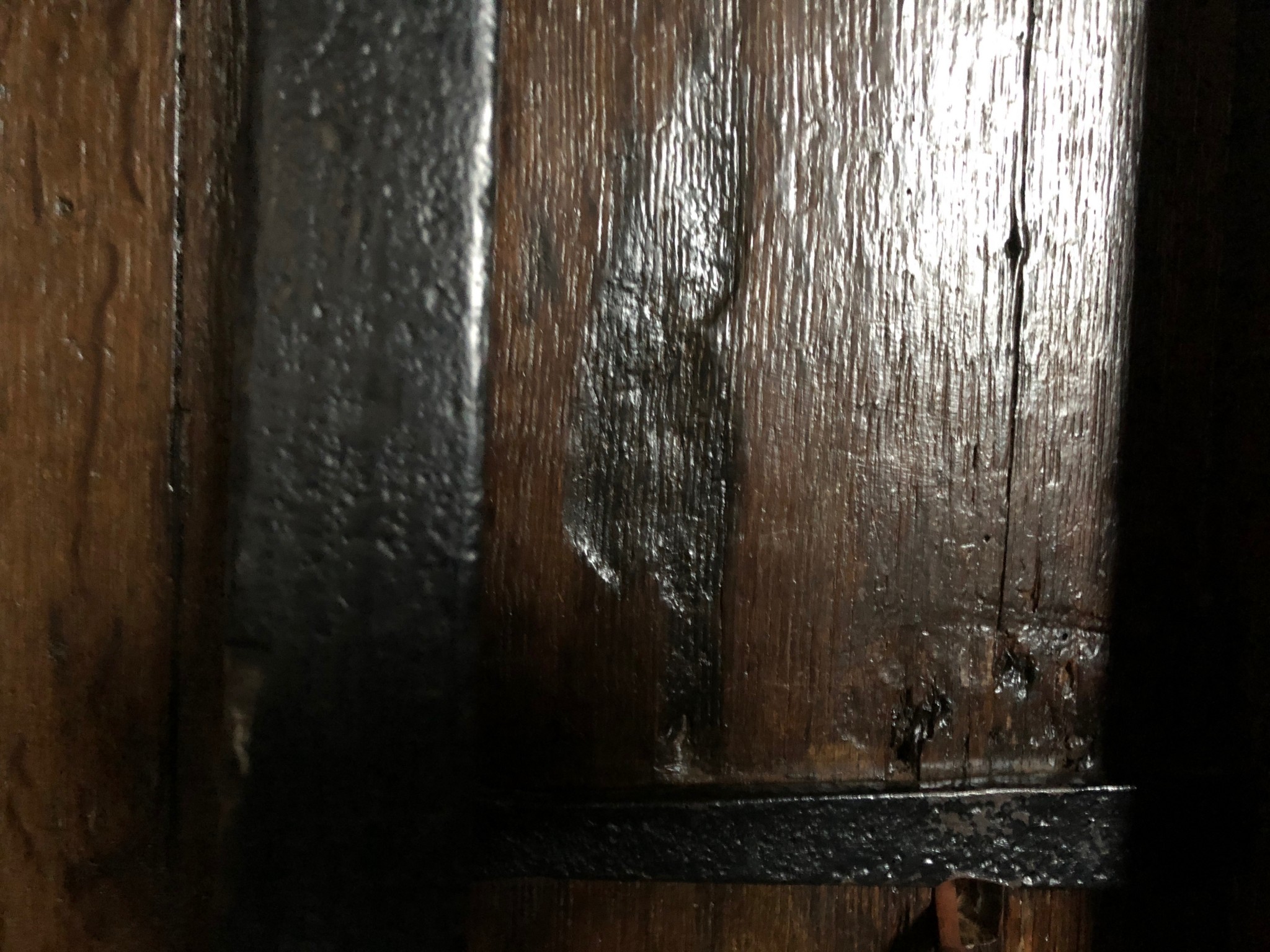 St Catherine's
There is little exposed stonework in the church so all the graffiti in the interior is on wood. The most significant marks aren’t graffiti at all – they are taper burn marks on the inside of the south door. These marks are deliberately made and are believed to have a protective function (John Dean & Nick Hill (2014) BURN MARKS ON BUILDINGS: ACCIDENTAL OR DELIBERATE?, Vernacular Architecture, 45:1, 1-15).

South door
The graffiti in the church is made up of names and initials and is found in two main locations: the back pews and the choir stalls on the south side. Often pews at the back of the church were for the Sunday school members, and in St Catherine’s the south choir stalls are the ones nearest the bellows handle for the organ and the graffiti is thickest in that area.

My girlfriend is a slag, figure

Susan 4 Steven and I

N Kew, Hue, I Boot, RR, PE, IHXZ
What St Catherine’s lacks in stonework it makes up for in woodwork. The chancel has a series of carved panels dating back to the 1550s, according to Pevsner, with a series of wonderful creatures carved on them. These imagined figures are part human, part plant, part angel. If you like green men and other foliate heads, you will enjoy the foliate babies or cherubs that appear here. The panels are quite delightful and should be better known as rare survivals of (probably) domestic carving from the 16th century.