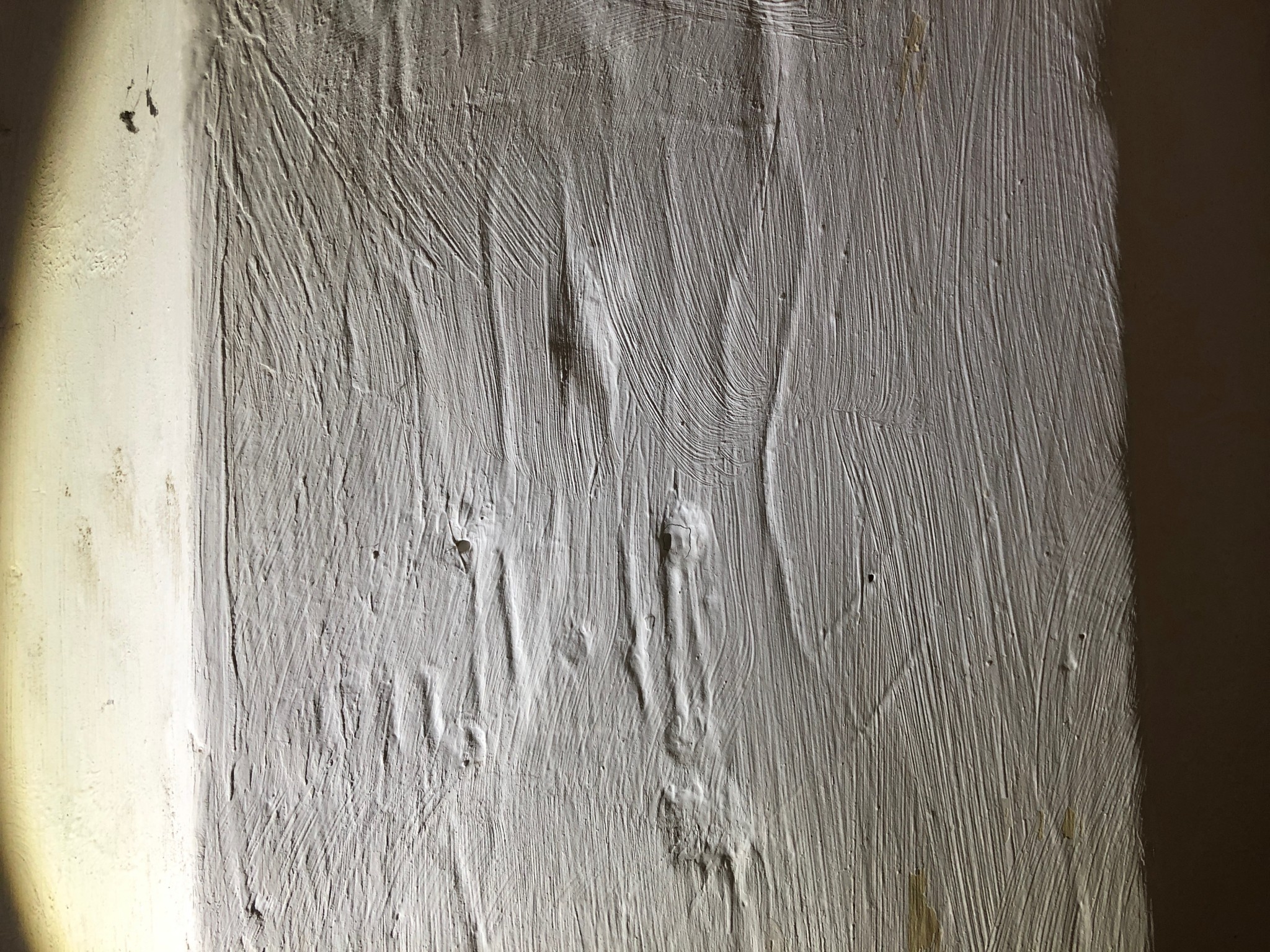 The current building of St Botolph’s in the village of Hadstock dates back to 1020 when King Cnut ordered it to be built to after the battle of Assundun in 1016. There is evidence of an earlier Saxon church on the same site, possibly belonging to an abbey founded by St Botolph. The nave and north door are 11th century. The tower is 15th century. The chancel was rebuilt in the late 19th century.

Saxon door
The graffiti inside the church is all to be found in the tower. There is a hand outline, a shoe outline and a couple of compass designs. The tower graffiti is all covered by whitewash. In one place, by the door to the tower stair, a piece of whitewash has come away, showing what kind of treasures may be hiding underneath it.

B, B, cross hatching

Daisy wheel (multiple)
The rest of the graffiti consists of names and initials in the tower, the north porch and the outside walls. The dates go back to the 18th century.

I, I, other marks
Report by Anthea Hawdon

The church is usually open during daylight hours. While there is no parking at the church, you may be able to park at the Village Hall next door at the end of Church Path.