Haccombe parish church of St. Blaise, dedicated by Stephen de Haccombe, whose tomb lies here, was built in 1233, probably as a household chapel. Enlarged in the early English style in 1328, it contains a freestone screen, an octagonal font, a three-pointed sedilia, a 19th century chancel screen, tiles bearing coats of arms, memorial brasses, to the Carews and the Courtenays, and an ancient cross in the churchyard brought from Buckland Barton. Pevsner says: ‘an interesting feature of the church is the arms and hands sticking out in various places. To hold banners or torches?’ A college of six chantry priests was founded here in 1337 and had died out by 1534 (Knowles and Hadcock).

The graffiti is in three main places: the west wall, the south door and the sedilia.

The west wall has several initials. 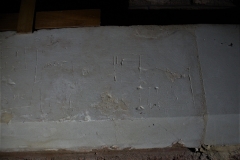 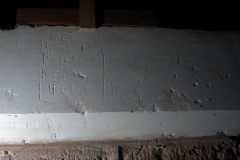 The south door has a large cross and a clear Marian mark VV. 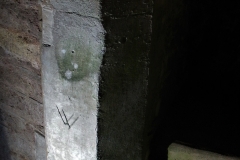 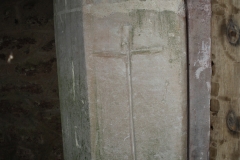 The sedilia has some nice, helpfully dated, names and initials from the 1630s to the 1940s. There is also some cross-hatching. 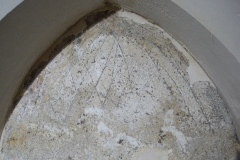 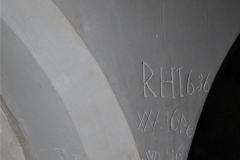 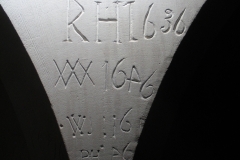 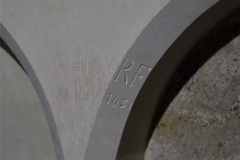 The font has one, very faint, Marian mark VV. 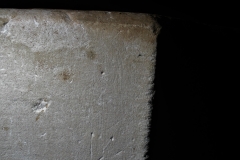 Report and Pictures by Rebecca Ireland