St Augustine’s Tower is a strange remnant of 16th Century Hackney still standing in the midst of a bustling shopping district, a couple of minutes away from Hackney Central Overground station.
It has a complex history. It was built in the early 1500s as part of a refurbishment of the older medieval church of St Augustine. As Hackney developed in the 18th century, the church (which had been renamed as St John in the meantime) couldn’t keep up with the population growth. A new church, St John-at-Hackney, was built and the old church demolished in 1798. However, the new church did not have a functioning bell tower, so the old one was retained and remained in use until 1854 when the bells finally moved to their new location.
The tower is maintained by the Hackney Historic Buildings Trust and is open, staffed by helpful volunteers, on the last Sunday of every month. It is quite a climb to the top and a squeeze to get outside, but you are rewarded with great views over East London.
The graffiti on the tower fabric itself is mostly touristic, with names and initials. 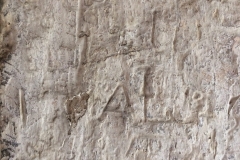 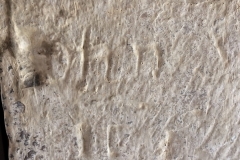 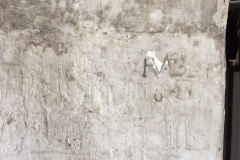 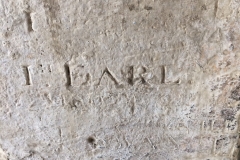 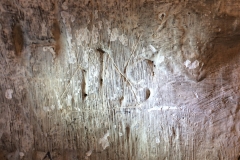 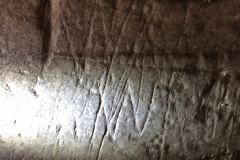 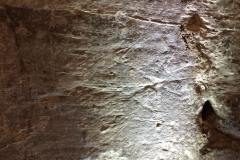 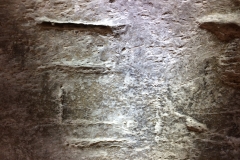 Carved lines
There is nice graffiti on the roof leads. With J Wood, Plumber taking special care that you should know who laid the roof. 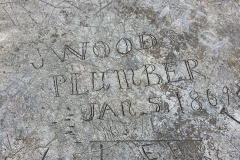 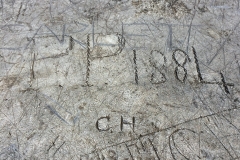 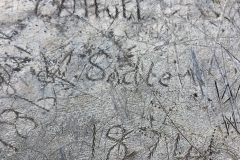 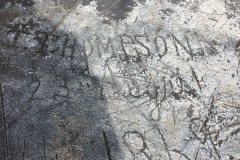 Thompson 23 August 1869
However, it is a wooden platform on the first floor that holds the good stuff. The wood is covered in initials but with several sketches of houses to take it out of the ordinary. There was a Rectory House  close to the church and one of these sketches may well be of that building, either way it is a rare view of what Hackney used to look like. 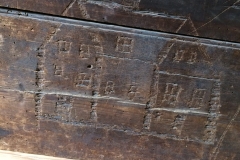 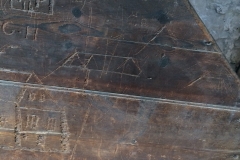 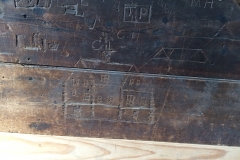 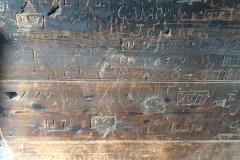 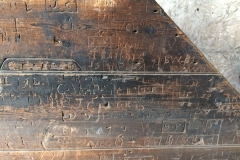 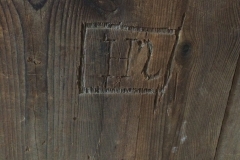 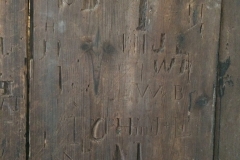 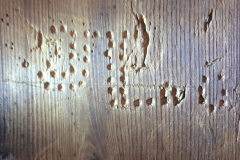 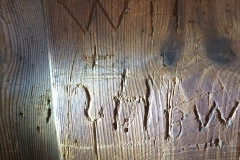 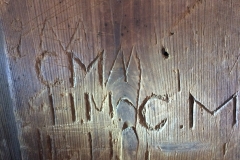 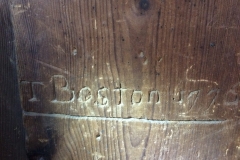 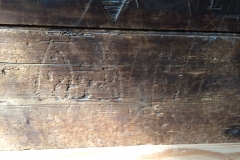