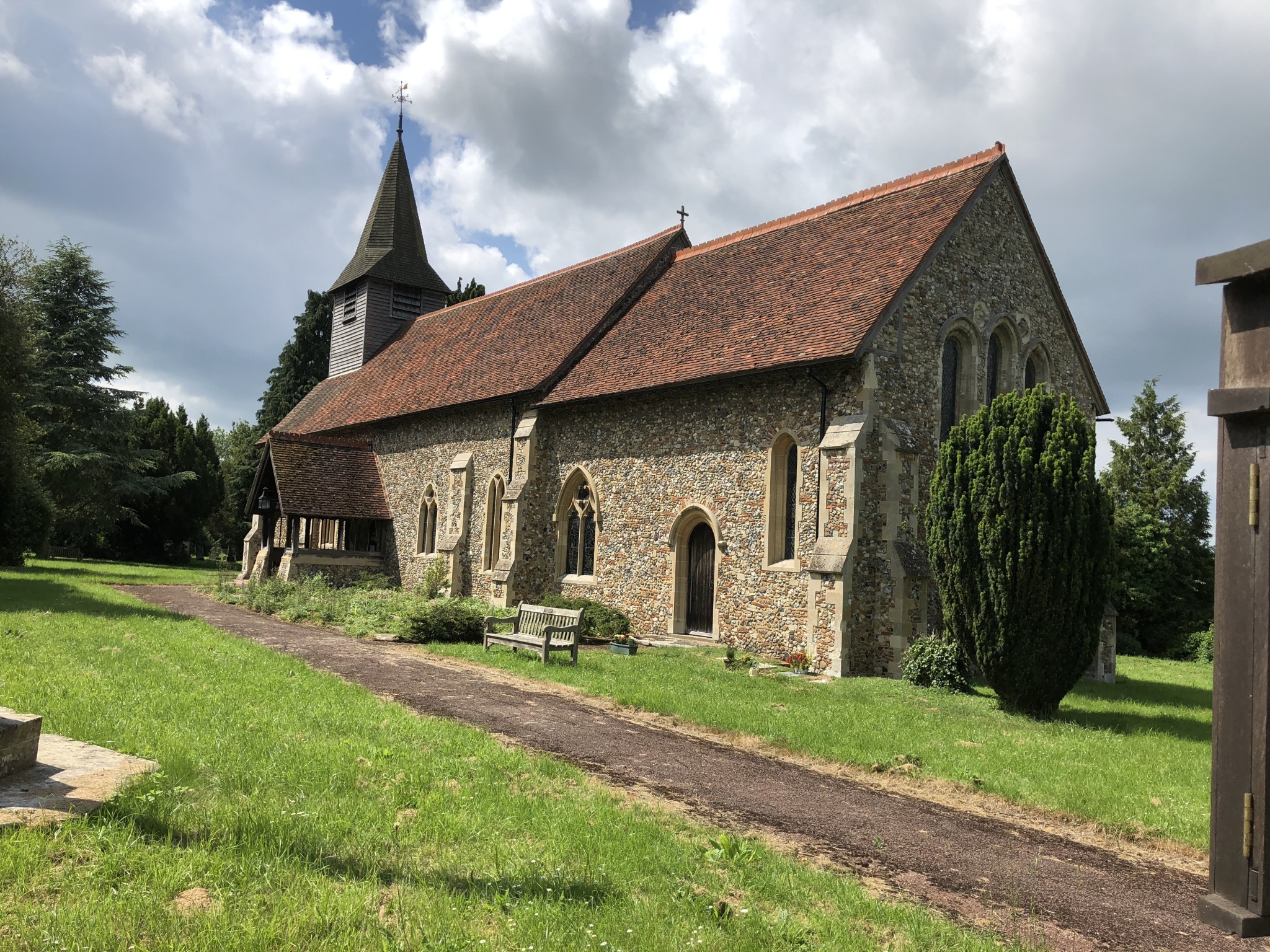 The main features of St Augustine of Canterbury in Birdbrook, Essex are the excellently carved pew ends in the nave and the arm rests in the choir stalls. They are carved in oak, by Ken Mabbit of the firm of H&K Mabbit, and were installed in the 1960s and 1970s.

The church dates back to the 11th or early 12th century. However, apart from a little graffiti in the chancel, the majority of graffiti is in the tower and is on piers which date to the 15th century. There is also a significant cluster of graffiti around the south door, which dates to the 12th century.

The chancel graffiti is concentrated on the western most window in the north side. It consists of several small merels, all horizontal, on the window ledge. There are also some initials and a small sun cross.

The graffiti under the tower includes a fish, a small bird, a small and deeply carved daisy wheel, a shield, a ladder and some Marian marks.

BR, Shield, I, other marks, STephen?

The rest of the tower graffiti is made up of names and initials dated to the 18th and 19th centuries.

BR, Shield, I, other marks, STephen?

The 12th century south doorway has marks on the inside and out. They include a compass circle,  the profile of a face, dot patterns, a couple of crosses and some initials.

Church usually open during daylight hours. There is street parking outside.