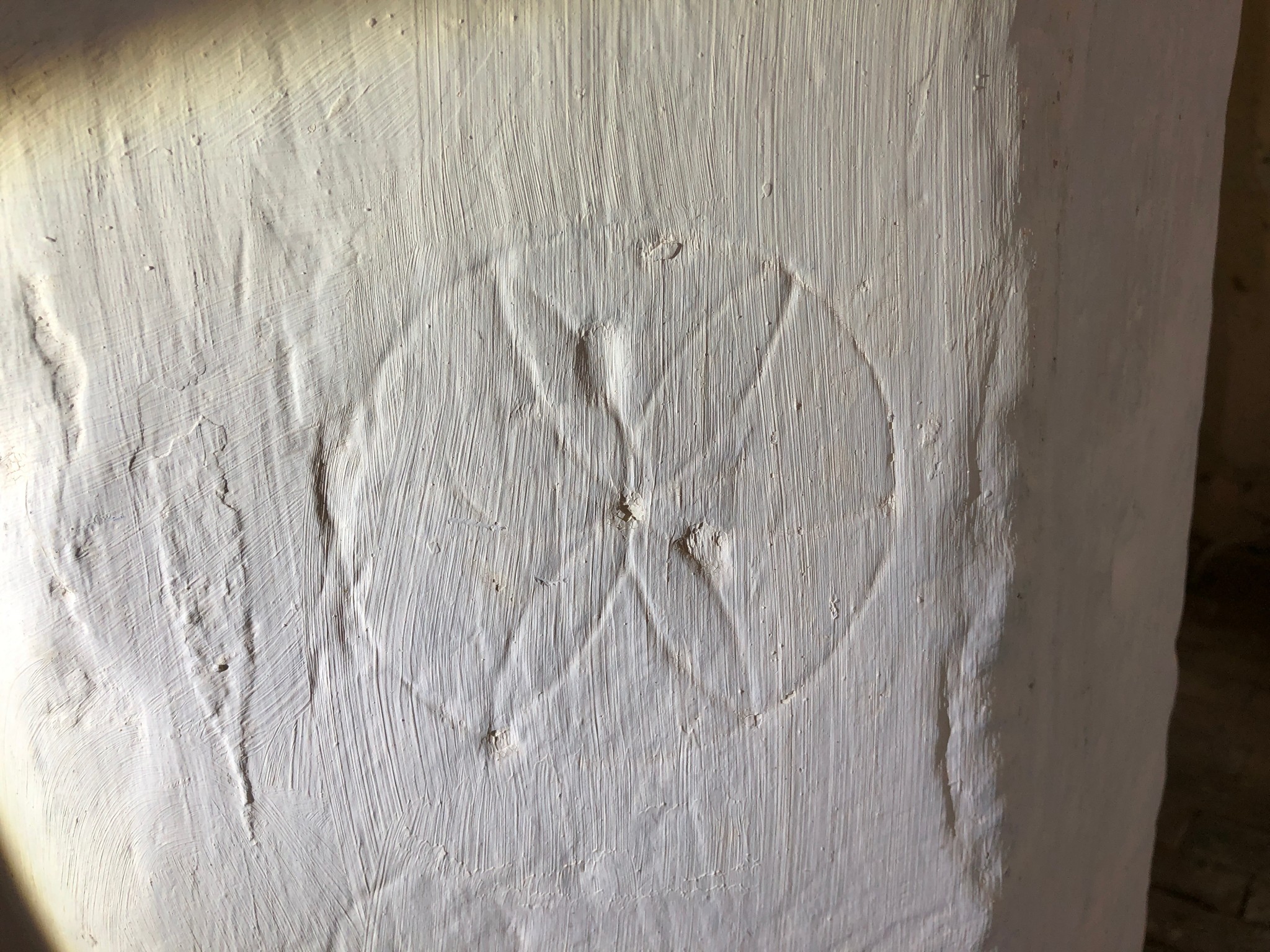 St Andrew’s in Helions Bumpstead is an unusually light church. In part this is due to the south wall of the nave, rebuilt in the 16th century and, to repeat the lines about Hardwick Hall, it is more glass than wall. This superfluity of daylight is also reflected by the pews which have been painted white since the 1930s. The walls and columns are also whitewashed, but the 14th century southern arcade was left alone when the south aisle was rebuilt in the 16th century and the subsequent 19th century restoration. This has meant that most of the graffiti has survived almost miraculously through two sets of restoration.

Wall painting
There are several Marian marks and a selection of compass designs ranging from a plain circle to some daisy wheels.

Cross
The rest of the non-tourist graffiti is made up of dot patterns, cross hatching, a faint hand outline, and a fine crossbow. It is worth noting an unusual number of arrow symbols and triangles.

Crossbow
The rest of the graffiti is made up of names and initials. The earliest date is 1611.

The church is usually open during daylight hours. There is no on-street parking, but you may be able to park at the village hall a litlle further up Church Hill.