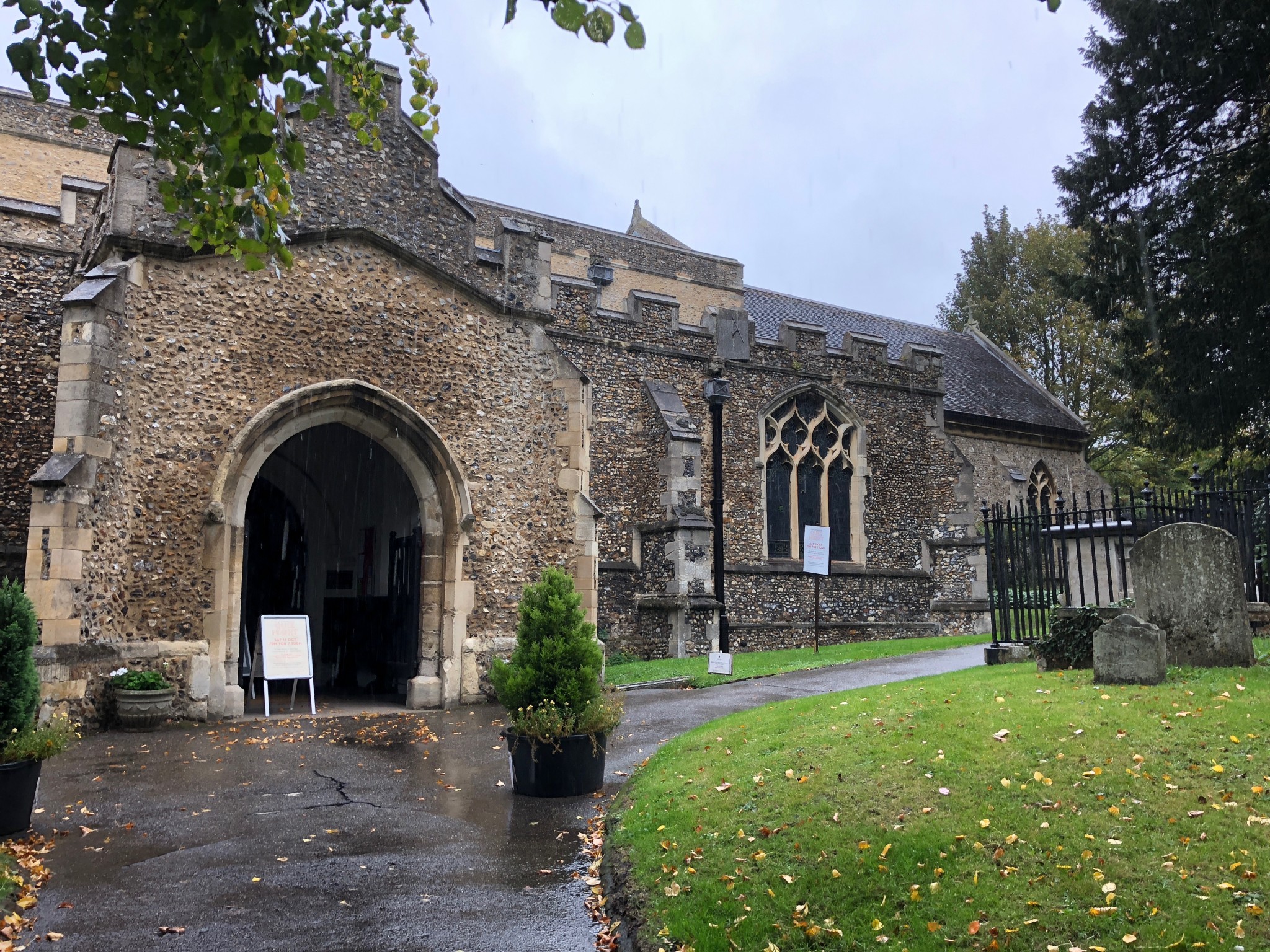 St Andrews church is in the centre of Halstead, a market town in Essex. The church dates back to the 14th and 15th centuries. There were no major alterations until 1850 when the west end was extended and the tower added. This 1850 alteration appears to have removed any graffiti in the nave or chancel apart from some on the tomb of John, 2nd Lord Bourchier. The Bourchiers were one of the dominant families in Essex and eventually became Earls of Essex. This tomb is dedicated to John and his wife, Elizabeth Coggeshall, and dates to around 1400.

The graffiti is on the columns supporting the carved canopy on the effigies of John and Elizabeth. The most interesting pieces are script with two names identified and a line of apparently joking text. This was recorded and dated by Doris Jones-Baker and reported in her paper ‘English Medieval Graffiti and the Local Historian’ in The Local Historian vol 23, 1993, pp4-19. Jones-Baker, building on earlier work by historian Reverend G Montagu Benton,  identifies Colet as being John Colet (1467-1519), the Dean of St Paul’s Cathedral. ‘Warner’, she identifies as being the Warner family of Dynes Hall, just outside Halstead. The John Worth of the wonderful piece of medieval banter, ‘John Worth let be your nice legs’, Jones-Baker thinks relates to John Worthie, who was steward of Lord Bouchier in the reign of Henry VI, which would date that graffiti to the mid 15th century.

John Worth let be your nice legs

The rest of the graffiti on the tomb columns are made up of pentagrams, crosses, more examples of script and some initials.

Pentagrams, A, WP, other marks

The church is usually open during daylight hours. There is no parking on the streets around the church, but Halstead has several car parks.