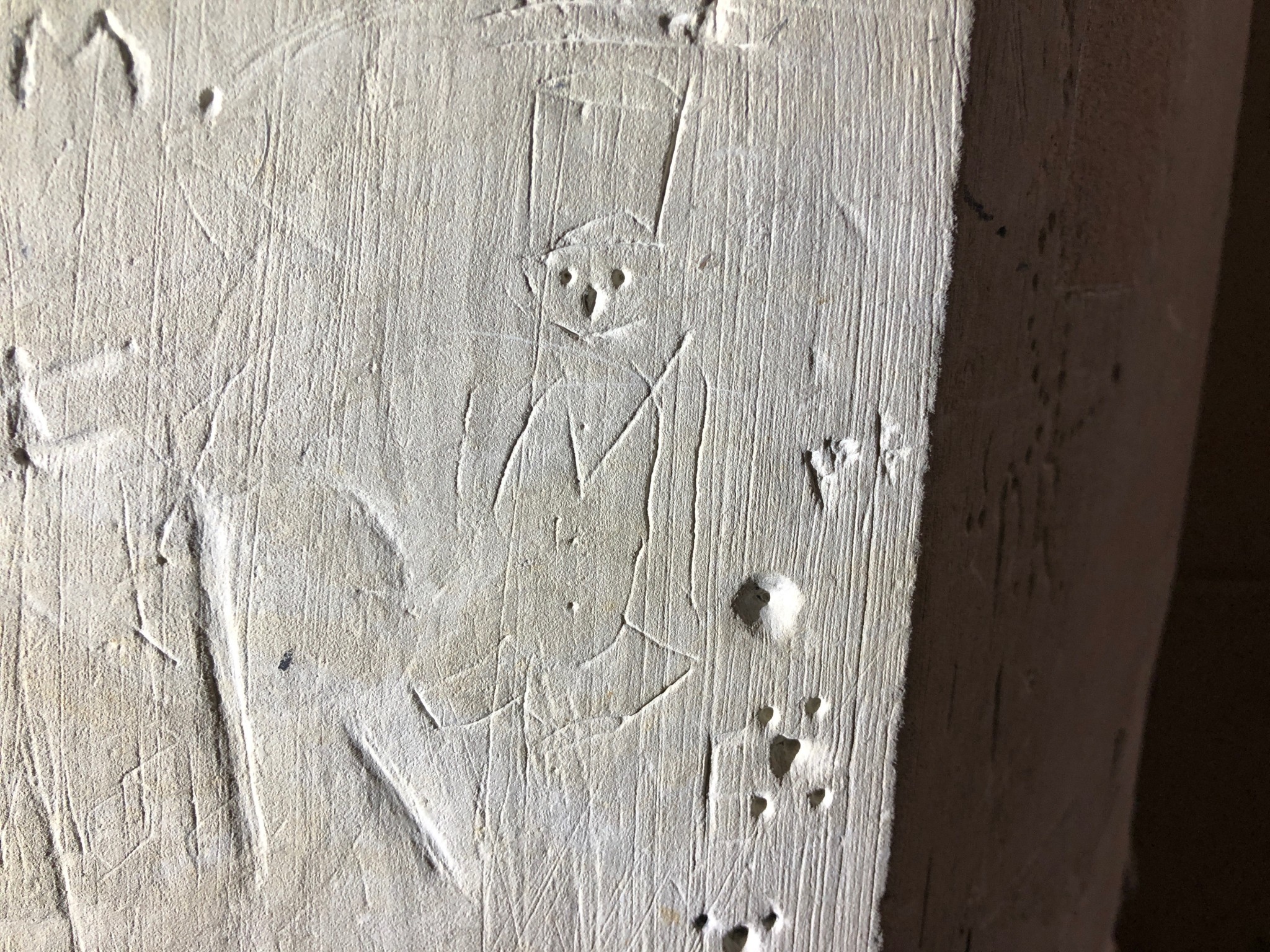 The church of St Andrew in Bulmer dates to the 12th century. The north arcade in the nave is of 14th century origin. The font, with a fine green man on one face, dates to the 15th century.

Green man on font
There are three figures featured in the graffiti in the church. A soldier, a bishop and a stick figure. From the shape of the helmet, the soldier could be from the time of the Napoleonic wars.

Soldier
There are several examples of compass drawn circles, including a patch of faint, interlinked examples. There is a pentagram and a Marian W mark.

Faint pentagrams
The window surround in the south side of the chancel displays the same mason’s mark several times.

Mason's mark
There are several small dot patterns, a sword, a butterfly cross, an unusual triangle design, some faint script and several unidentified marks throughout the church.

Faint script
There is the usual scattering of initials inside and outside the church; less usually, there are no dates in this selection.

The church is open during daylight hours.