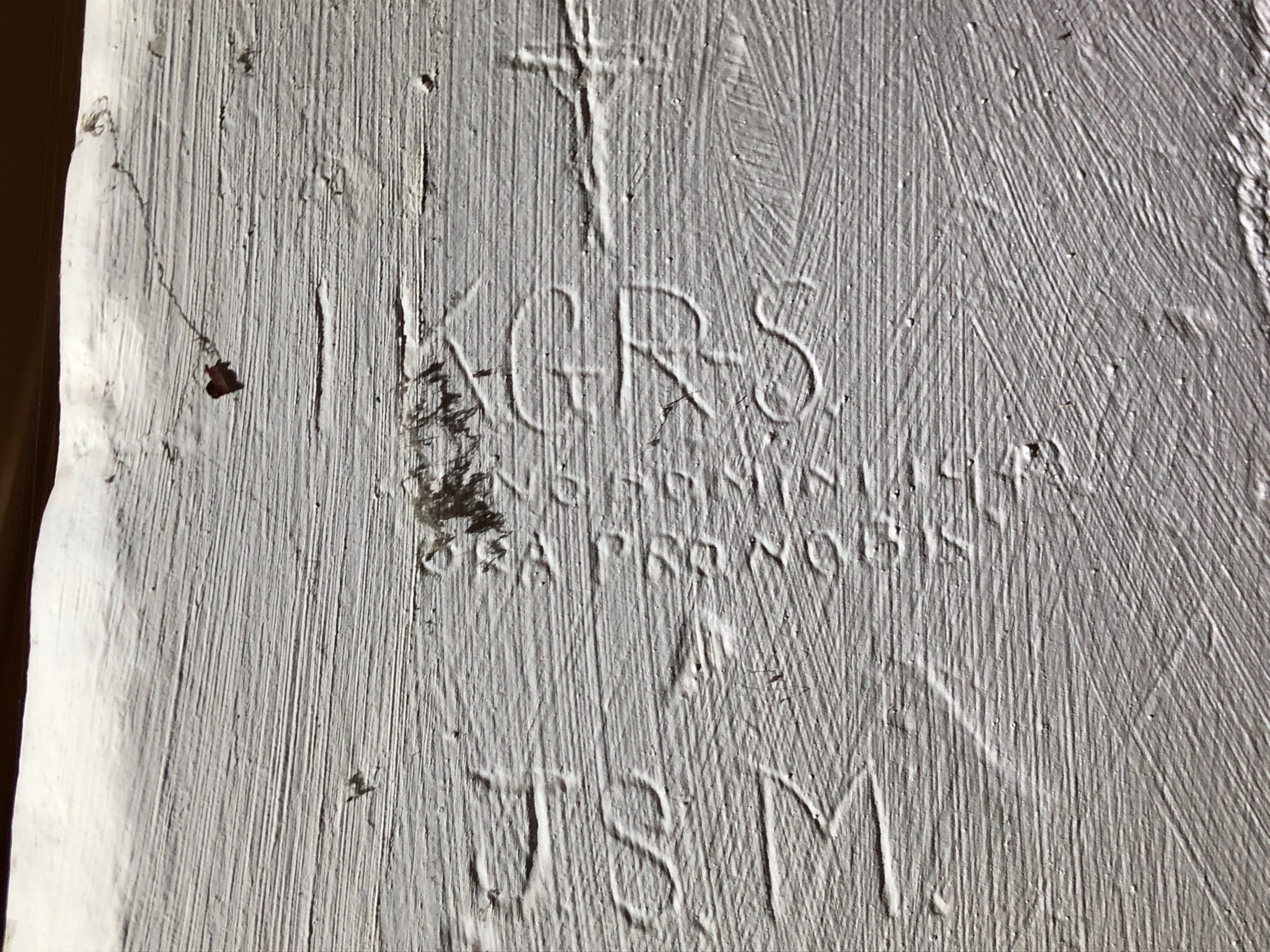 Holy Trinity church dates back to Norman times. The south and north doors are 12th century. The tower is 14th century. It was heavily restored in the late Victorian period with the chancel being completely rebuilt when the organ was installed and the crucifixion scene painted. The font cover dates to the 16th century and looks like someone took a cutting from a cathedral.

Crucifixion scene
The restoration appears to have removed any graffiti from the nave apart from a possible auseklis cross on one column near the tower.

Auseklis cross
The graffiti is clustered by the tower doorway, the back of the organ and the porches. Graffiti at the tower doorway is notable for some which must have been inscribed at the time of World War Two. IKGRS asks in 1943 for people to ‘ora pro nobis’ – pray for us. Peggy and Joe in 1944 leave ‘I love you my darling’ for future generations to read.

DM, D
The organ, which was installed in 1874, has accumulated a series of names and initials both on it and around it, presumably by the youth of the parish who had the job of pumping the bellows before an electric pump was installed.

KS
The rest of the graffiti is in the porches.

The church is usually open during daylight hours. There is parking beside the church on Mill Lane.