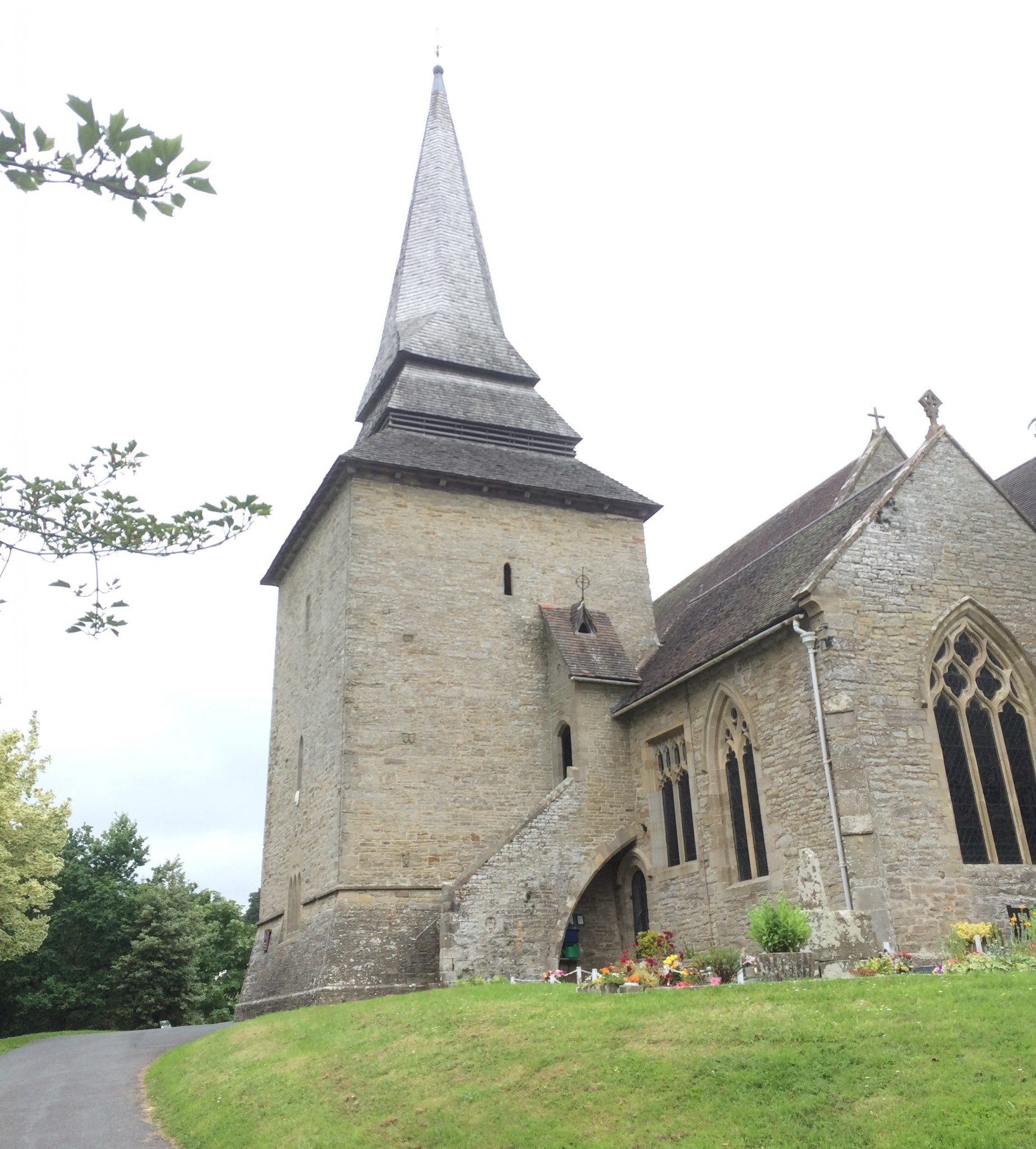 Kington is a small market town on the Welsh Marches, resting in the shadow of Hergest Ridge. There was a church at Kington in the 12th century but above ground only the font survives. The current building dates from the 13th century, and is a Grade 1 Listed Building. The tower was once separate from the main church, as is found with other Herefordshire churches, and it is said that the townspeople used it as a place of refuge. Most of the church has been altered over the centuries but remnants of the 13th century church remain and it is here that mason’s marks can be seen in the chapel and throughout the nave. 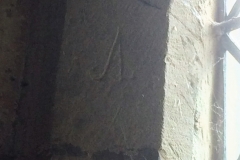 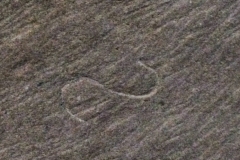 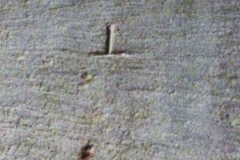 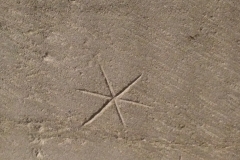 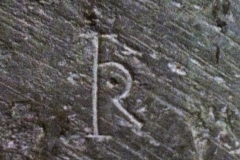 There is little of note in the rest of the church apart from the tomb in the South Chapel. This is the final resting place of Thomas Vaughan and Ellen Gethin of nearby Hergest Court. Thomas was beheaded at the Battle of Edgecote Moor near Banbury in 1469 fighting on behalf of the Yorkists during the War of the Roses. Ellen had his body bought home and erected the large tomb. It is part alabaster and part stone and has also been much restored and moved around the church over the years. However, it is in fine condition, with much graffiti covering the effigies, particularly Ellen’s. The graffiti includes dates from the 18/19th centuries with the earliest date given as 1741. There are at least two Marian marks, possibly more, upon Ellen as well as a possible Christogram. 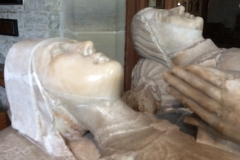 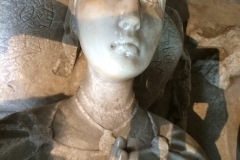 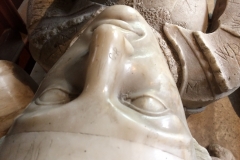 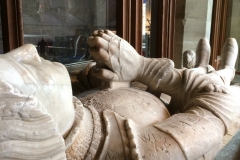 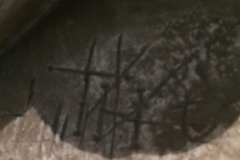 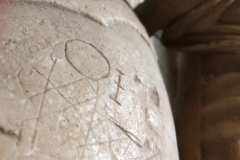 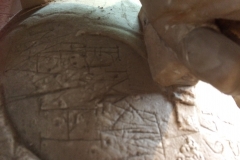 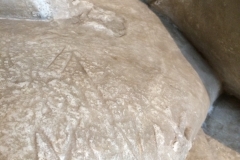 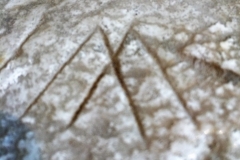 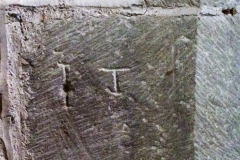 Both Ellen and Thomas are linked to local folklore, particularly Thomas who is associated with a rather unpleasant tale of shapeshifting and exorcism. It is said tfter his death, Thomas returned to haunt the local area, shapeshifting into a bull, a fly, even a flea in his attempts to annoy the locals. Eventually a group of priests in nearby Prestigne managed to trick him into a little iron box and buried him deep in the pond of Hergest Court. There is another tale of a large black hound that roams the area, striking fear into those who see it. According to local tradition it was last seen in the 20th century. Thomas was said to have a large black dog. It is notable that one of his descendants married a woman from the Baskerville family who lived nearby and Arhur Conan Doyle is said to have visited this area but there is nothing really to suggest that he based his famous story upon this particular black dog!

It is not clear how Thomas became associated with such tales but there is a suggestion that Ellen only bought home Thomas’s body, not his head. This made the locals suspicious and so ‘Black Vaughan’ came into being. The story may also be linked to an earlier tale as shapeshifting is an ancient story motif in Wales.

Ellen is also known locally as Ellen the Terrible. In the past this epithet could also be intended as an honorary designation, meaning that she was powerful, strong. ‘Gethin’, derived from old Welsh, can also mean dark or swarthy and was sometimes used to indicate appearance in the Middle Ages. But today Ellen is known as ‘terrible’ because she murdered her cousin. Ellen’s brother David was murdered by his cousin Shôn Hir, following an argument about land and entitlement, as David was heir to Hergest. Ellen, disguised as a man, entered a local archery contest and when her turn came, she turned and shot the arrow into the heart of cousin Shôn, killing him. In the confusion she got away and clearly escaped punishment.

Another version of the story claims that she killed Shôn in a local church in front of the congregation, stabbing him through the heart. Either way, she seems to have led a long life, bearing at least four children and was eventually laid to rest next to her husband, Thomas.

Thomas and Ellen certainly left their mark upon the Marches. Whether there is any truth in the folklore is hard to say but what is true is that Hergest Court was an important retreat for Welsh bards, and the Vaughans gave patronage and support to their craft. It was here that the Red Book of Hergest (containing amongst other priceless works The Mabignogi, now in the Bodleian library, Oxford) and the White Book of Hergest (destroyed by fire in the 19th century) were treasured for many years.

Report and photographs by Pamela Thom-Rowe