The castle, which is open to the public, originally dates back to the 11th century and has been in the Berkeley family since they reconstructed it in the 12th century, except for a short period of royal ownership by the Tudors. It is belied to have been the scene of the murder of King Edward II in 1327.

Wikipedia gives an overview of its history and the castle has its own website with details of opening times and prices.

Just inside the gateway into the castle courtyard, a small doorway on the left has a very fine compass drawn daisy wheel on the right hand side, which has been partially obliterated by the unfortunate placement of an electrical box.

There are indistinct marks around various doorways to the courtyard, and some graffiti and mason’s marks can be found scattered throughout the castle. There is a single pentagram above a window at the bottom of the steps leading down to the wine cellar immediately inside the doorway of the Apostles’ Porch. In the Lower drawing Room, the central pillar (on the side facing the doorway) has three interlocking circles. The Morning Room has two mason’s marks on the right hand side of the far window. 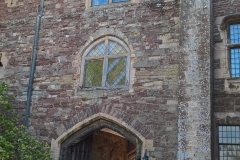 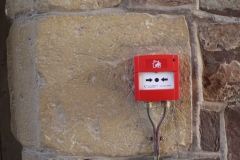 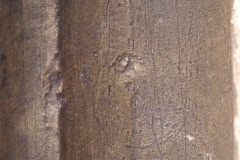 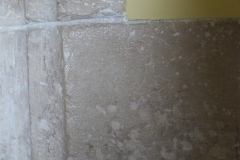 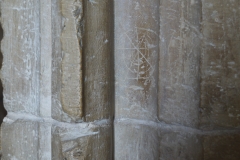 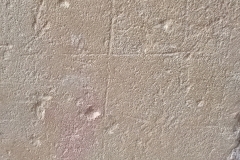 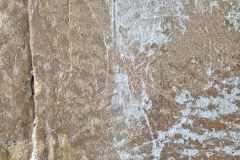 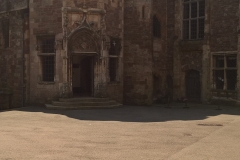 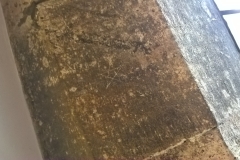 Pentagram on underside of window lintel 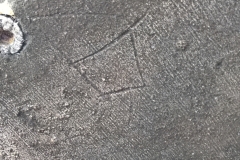 Mark on underside of door lintel 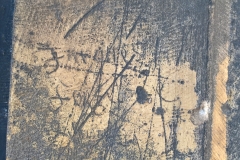 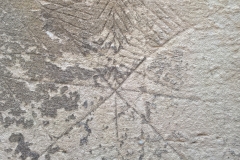 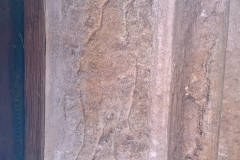 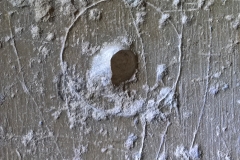 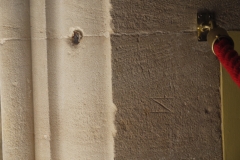 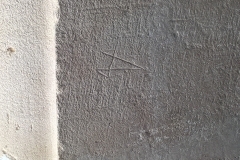 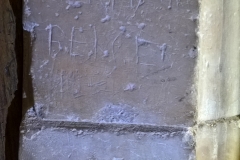 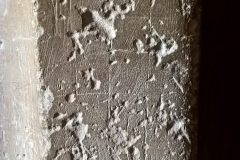 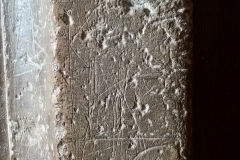