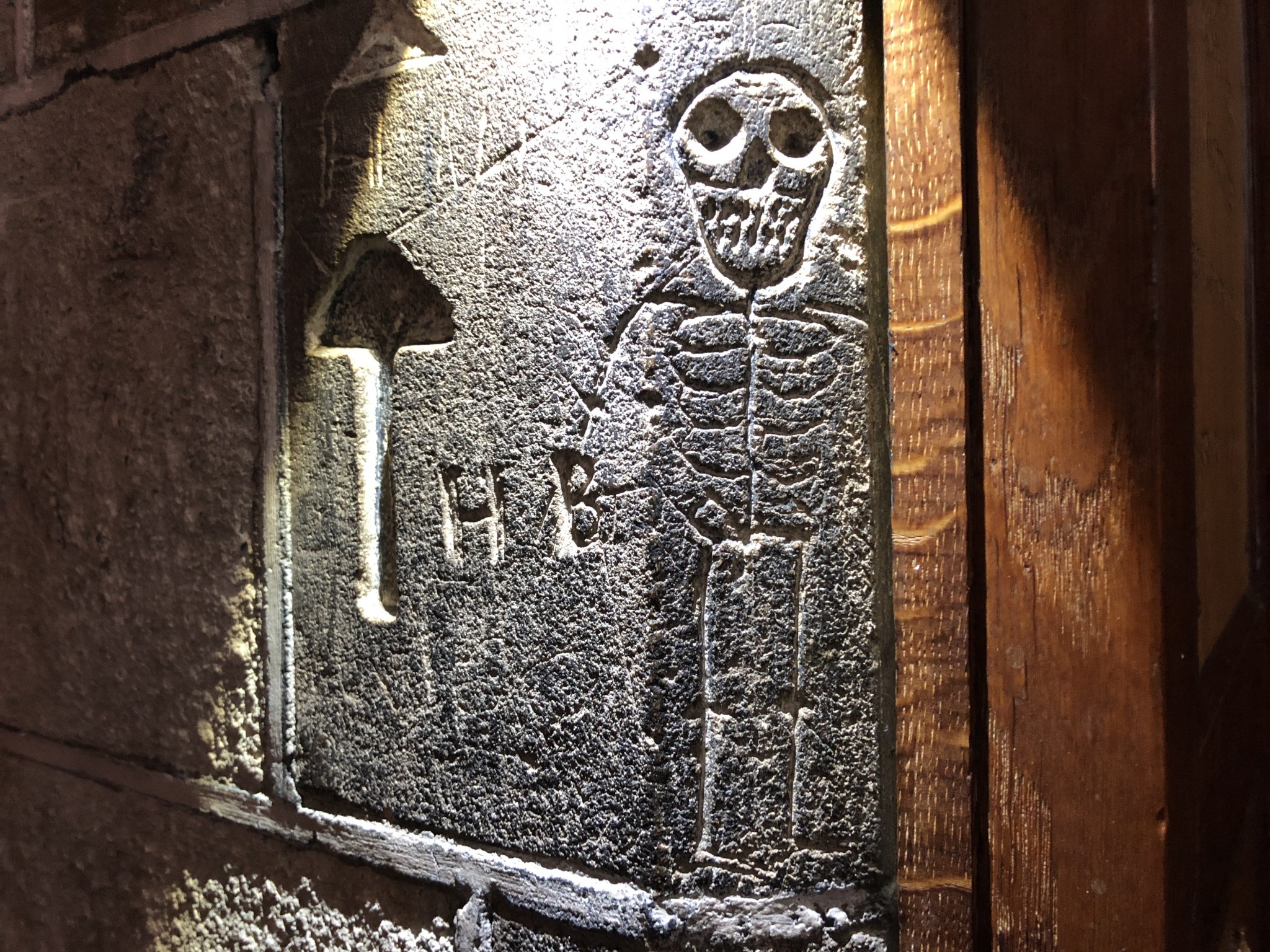 All Saints church in Kingston on Thames sits to the north of the market place as it has done since the 12th century. 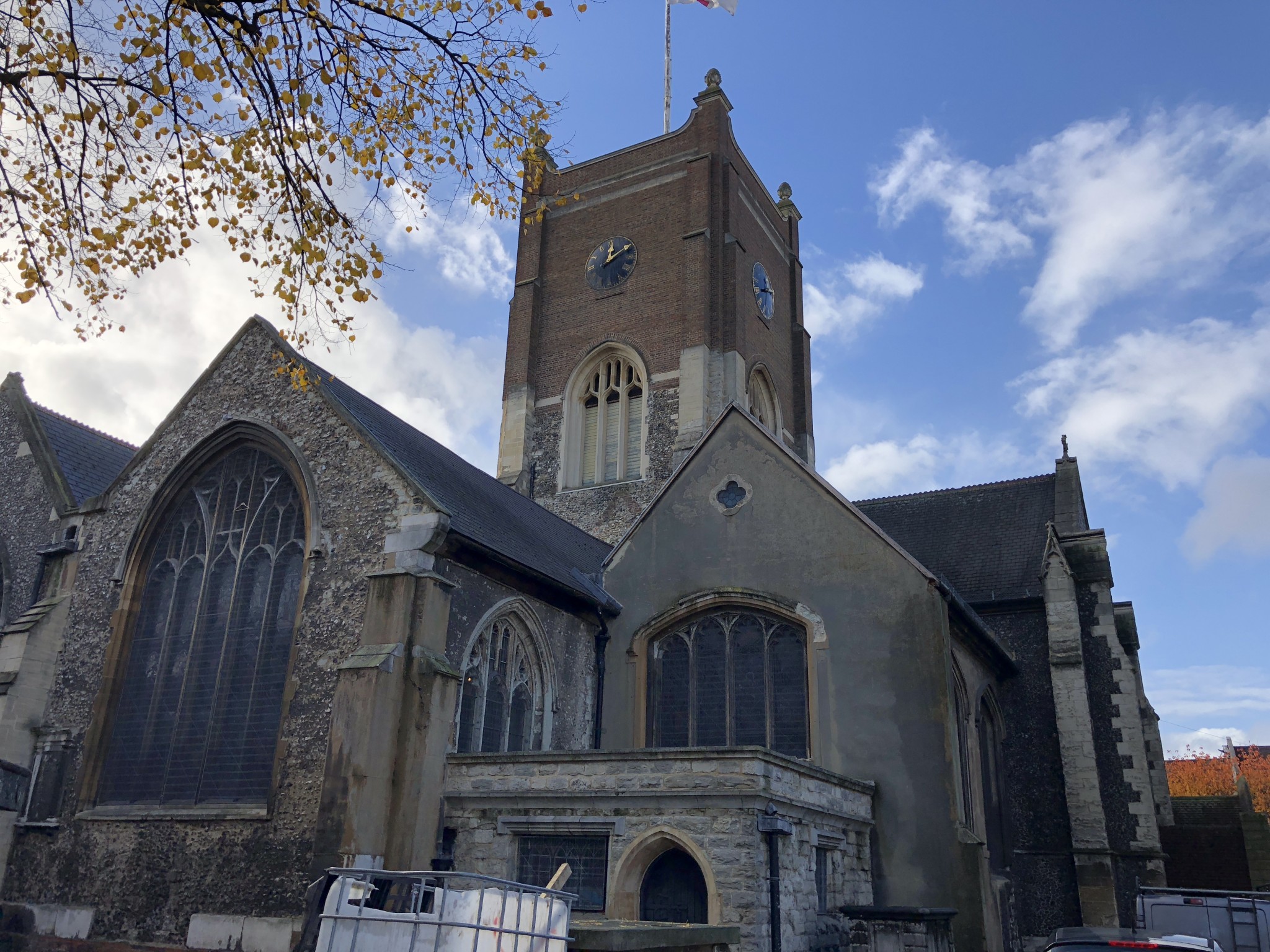 The church has been updated and renovated throughout the centuries, with the subsequent loss of a lot of its graffiti. There is some still hanging on, though, despite the best efforts of subsequent generations to inadvertently remove it.

The most spectacular is a rather friendly skeleton, who stands grinning at the back  of the East Surrey Memorial Chapel. 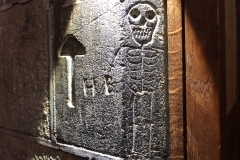 Skeleton
Apotropaic symbols are represented by several compass circles, a set of concentric circles of thirteen layers and a six-pointed Star of David. 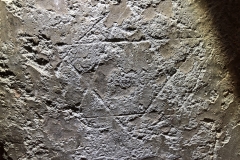 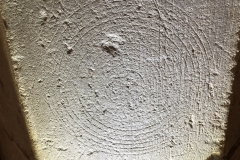 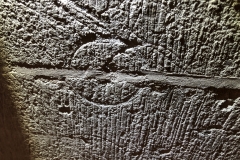 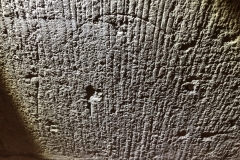 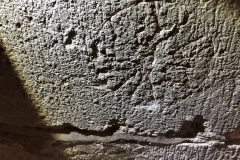 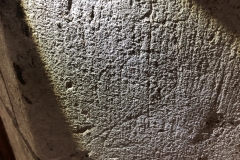 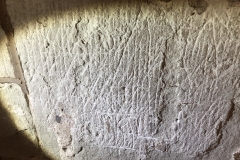 Circles (interlocked)s, other marks
There are several crosses, one of which is deeply cut and may be the hollowed out remnants of a covered wayside cross, there is also a partial swastika. 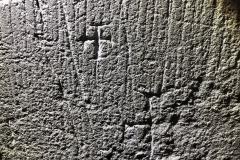 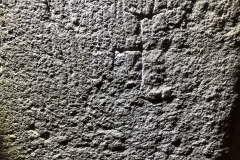 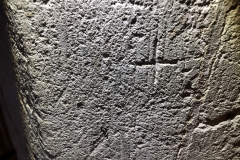 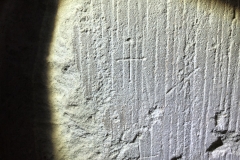 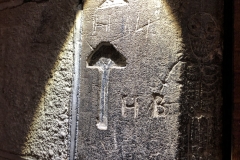 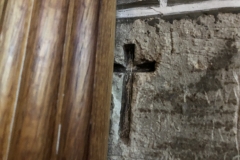 Cross
The rest of the graffiti is mostly composed of heraldic shields, a very faint bird, a piece of script and some initials. 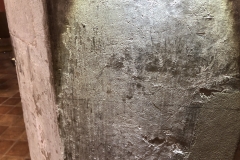 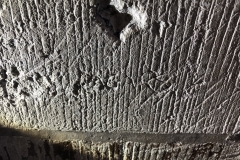 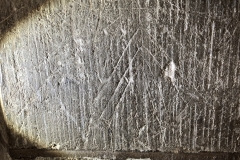 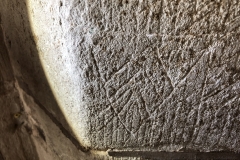 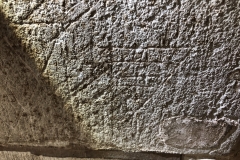 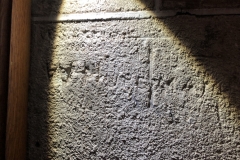 W, possible William
I would like to emphasise that this was not an extensive survey of the church. I was visiting Kingston and decided to pop in.

The church is usually open during daylight hours. See the website for details about how to travel there.