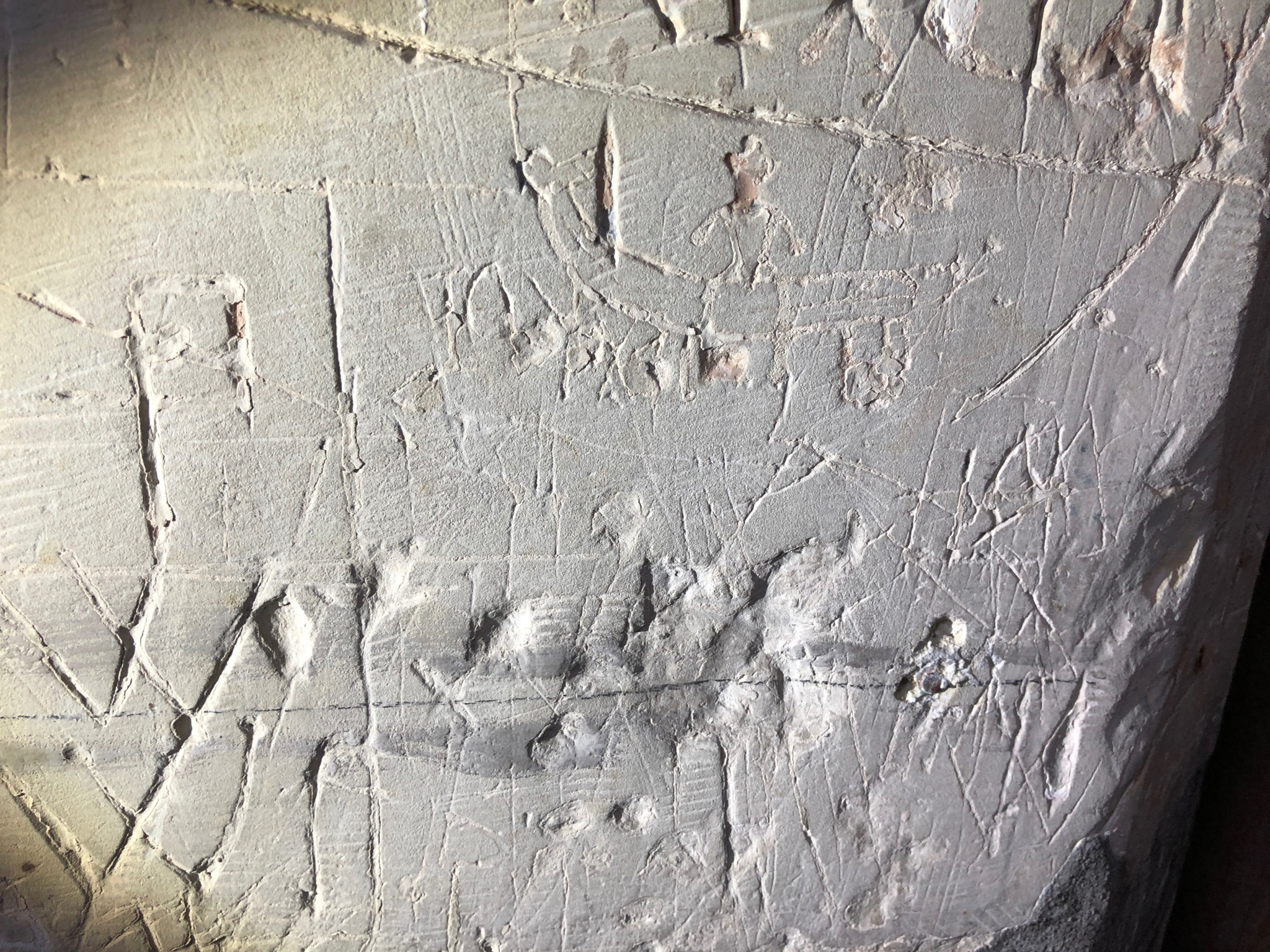 There are some churches, that, as soon as you enter them, you know you’re going to be spending a while photographing all the graffiti in them. All Saints church in Ashdon is one of those churches. The church dates back to the 14th century,  with most of the interior belonging to the 14th and 14th centuries. While graffiti is present on practically all of the pillars, it is concentrated most around the choir.

Roof
There are examples of unusual graffiti including a crude drawing of a figure on a horse, a detailed heraldic shield, a sample of script, a strange figure which may be a gallows and a charming child’s drawing of a person.

Figure, V, IP
All Saints has a large number of crosses, many displaying dot terminals at the end of the arms.

The church is usually open during daylight hours. There is space for parking along the lane leading to the church.