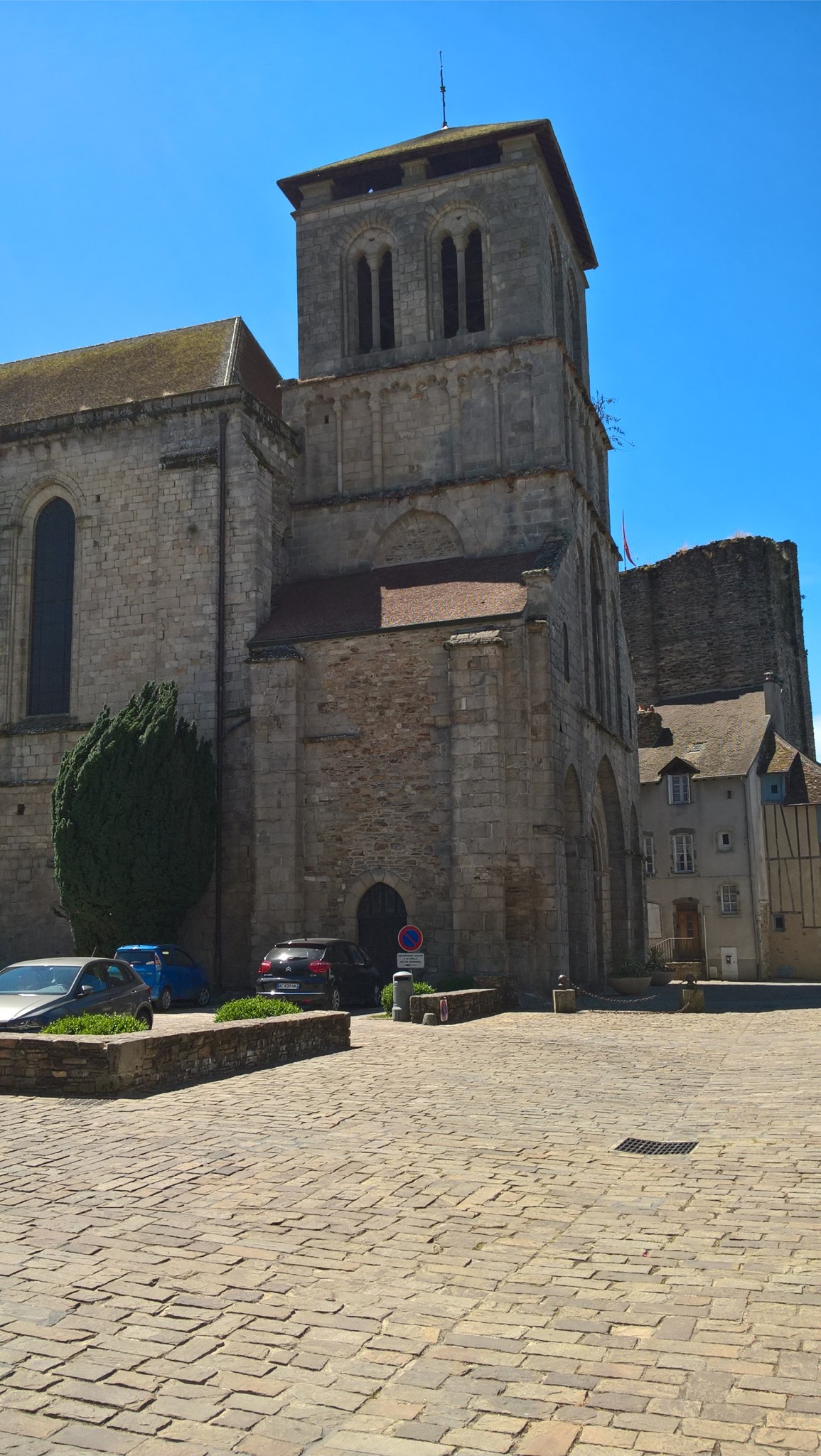 The town’s religious origins go back to St Yrieix (or Arédius, c.510AD – 591), Abbott of Limoges, who established a community there in the 6th century. He was believed to have the power of healing, and after his death, his fame as a saint led to the construction of a building to house his tomb.

Only the bell tower porch remains of the 11th century Romanesque church. From the second half of the 12th century to the end of the 13th century, the church was rebuilt to resemble a cathedral. The door of the bell tower has Limousin arches, and the middle-Gothic doorway is surmounted by a 12th century Christ in majesty. 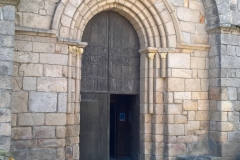 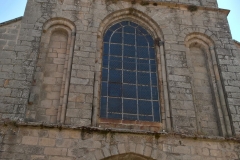 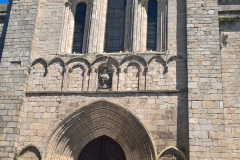 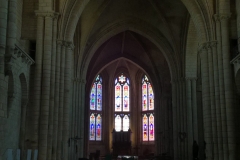 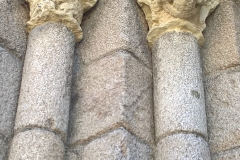 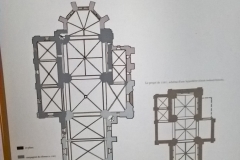 The church is constructed of the local granite, which does not lend itself to graffiti, but there is a very fine collection of four different types of masons’ marks: butterfly cross type commonly encountered in Britain, a horn shape, a V and an L. Each of the marks is found in different orientations. Despite their similarities, all the photographs here are of different marks. 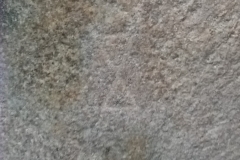 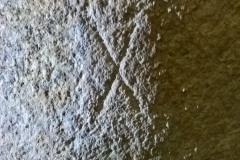 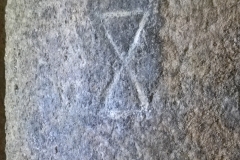 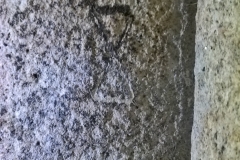 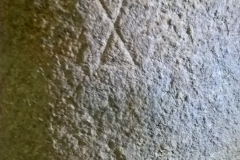 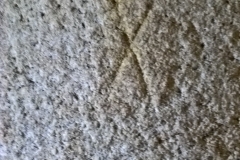 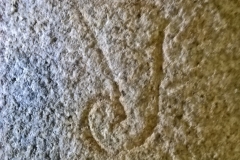 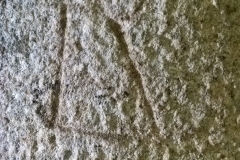 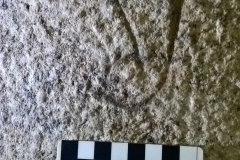 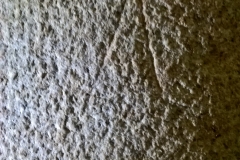 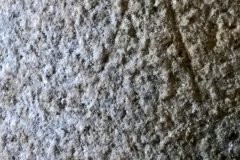 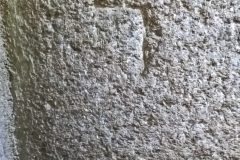 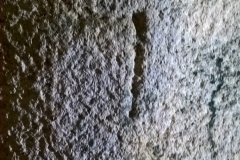 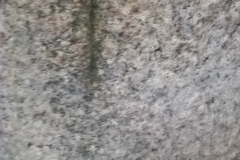 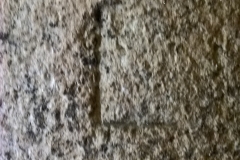 There are two painted consecration crosses. 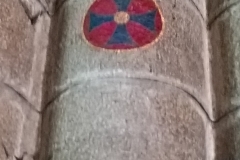 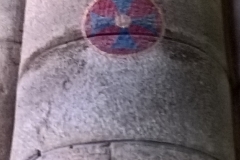 Also of interest is the lead-lined stone font, with IHS engraved on it, with the S reversed. 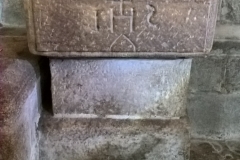 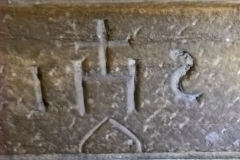 A small wooden door carries the only modern graffiti to be found in the church. 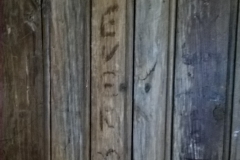 Wooden door, For Ever 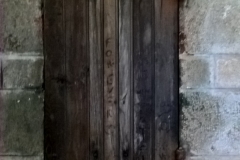 Wooden door, For Ever

The church is open during the day and there is plenty of parking nearby in the town.