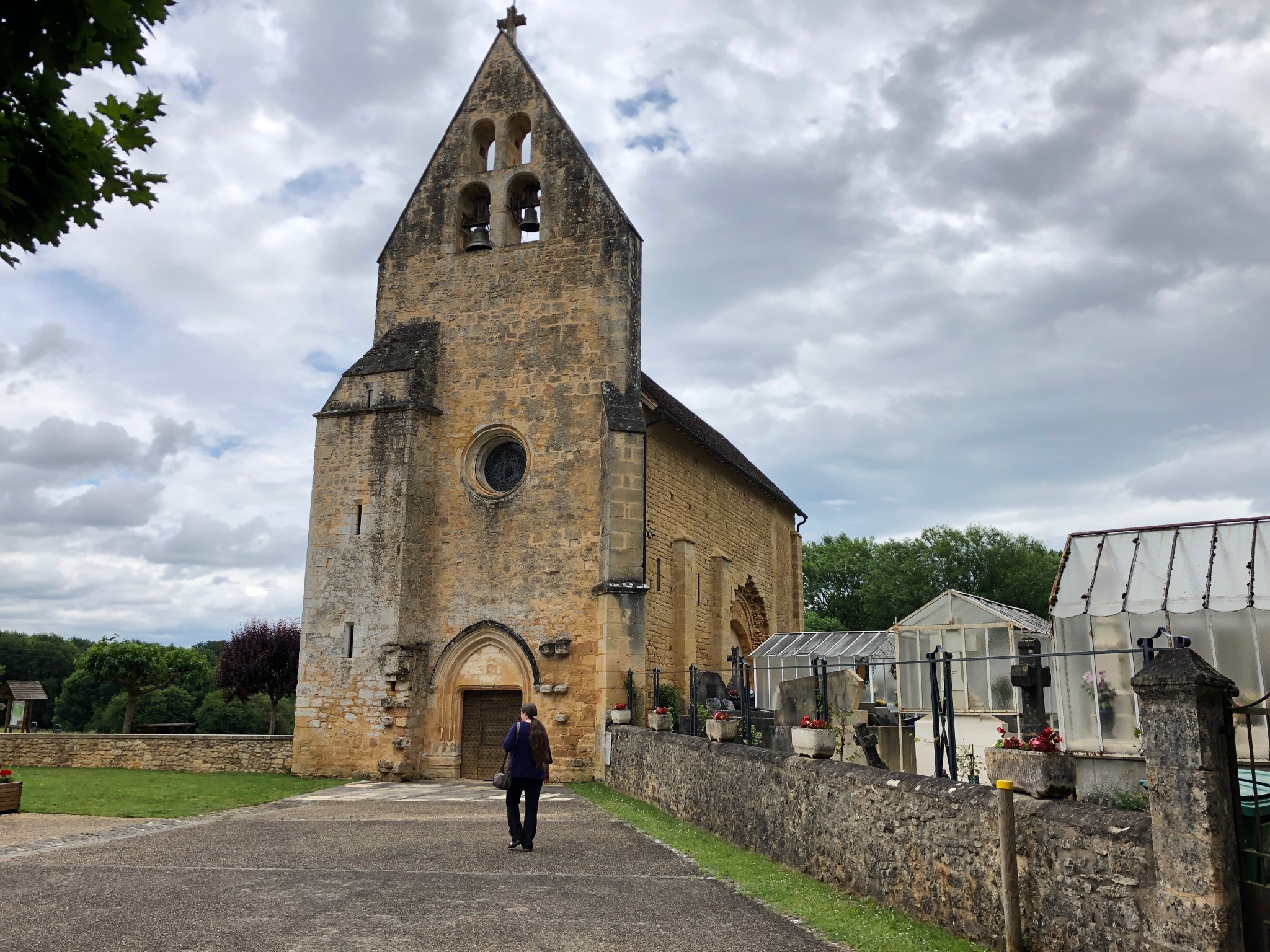 This small church can be found in a hamlet in the Dordogne. The inside of the church has been restored , and no graffiti can be found on the interior walls, although some vestiges of paint can be found in the vicinity of the altar.

The carved wooden altar back is impressive, but will very much be a matter of individual taste. Some parts appear to have been re-gilded and repainted relatively recently. Below are a selection of images of the altar and its ornate surround. 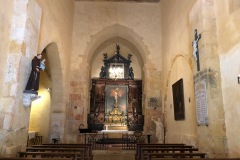 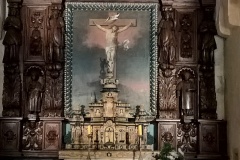 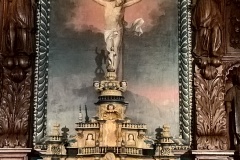 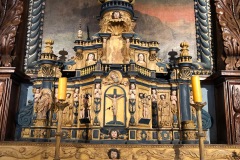 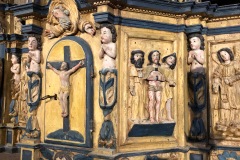 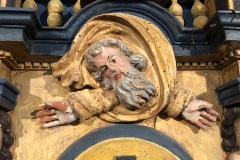 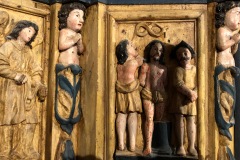 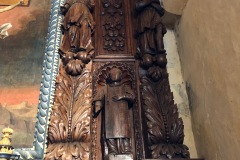 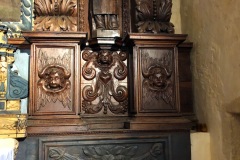 The only graffiti to be found is on the outer face of the north side of the door arch. There is a stylised ichthus symbol, a simple form consisting of two intersecting arcs, the ends of each side extending beyond the junction point to resemble the profile of a fish. The symbol was adopted by early Christians as a secret symbol. To the right of this are the words in Latin VIVE IPSVS MARIA, the M of which is partly overwritten by an inscribed name. Above this an engraving that could be variously interpreted as a horn of alternatively an outstretched, downwards pointing arm, with the index finger extended but the rest of the fist clenched.

Over the door is a crudely inscribed date, painted over at some point, that appears to read 1746. 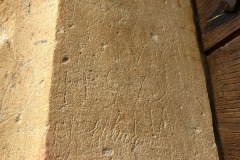 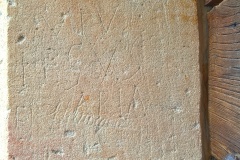 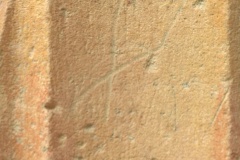 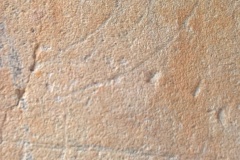 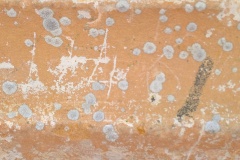 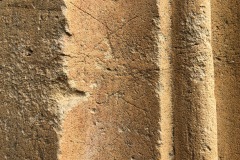 X
Inside the church the font hears a date of 1748. 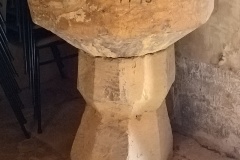 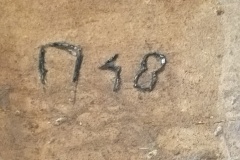 Date. 1748
Around the outside of the door are some some rather charming carved heads that have suffered some weathering. 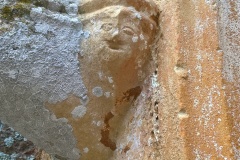 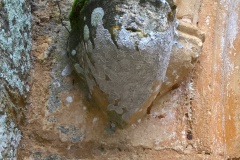 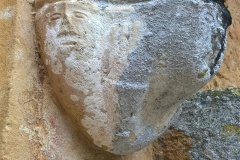 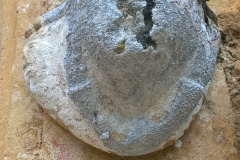 The church is usually kept locked, but a key can be obtained from the Maire (town hall) opposite the church. The Maire is open on Mondays and Thursdays between 1pm – 6pm and Wednesday between 8am – 12 noon.