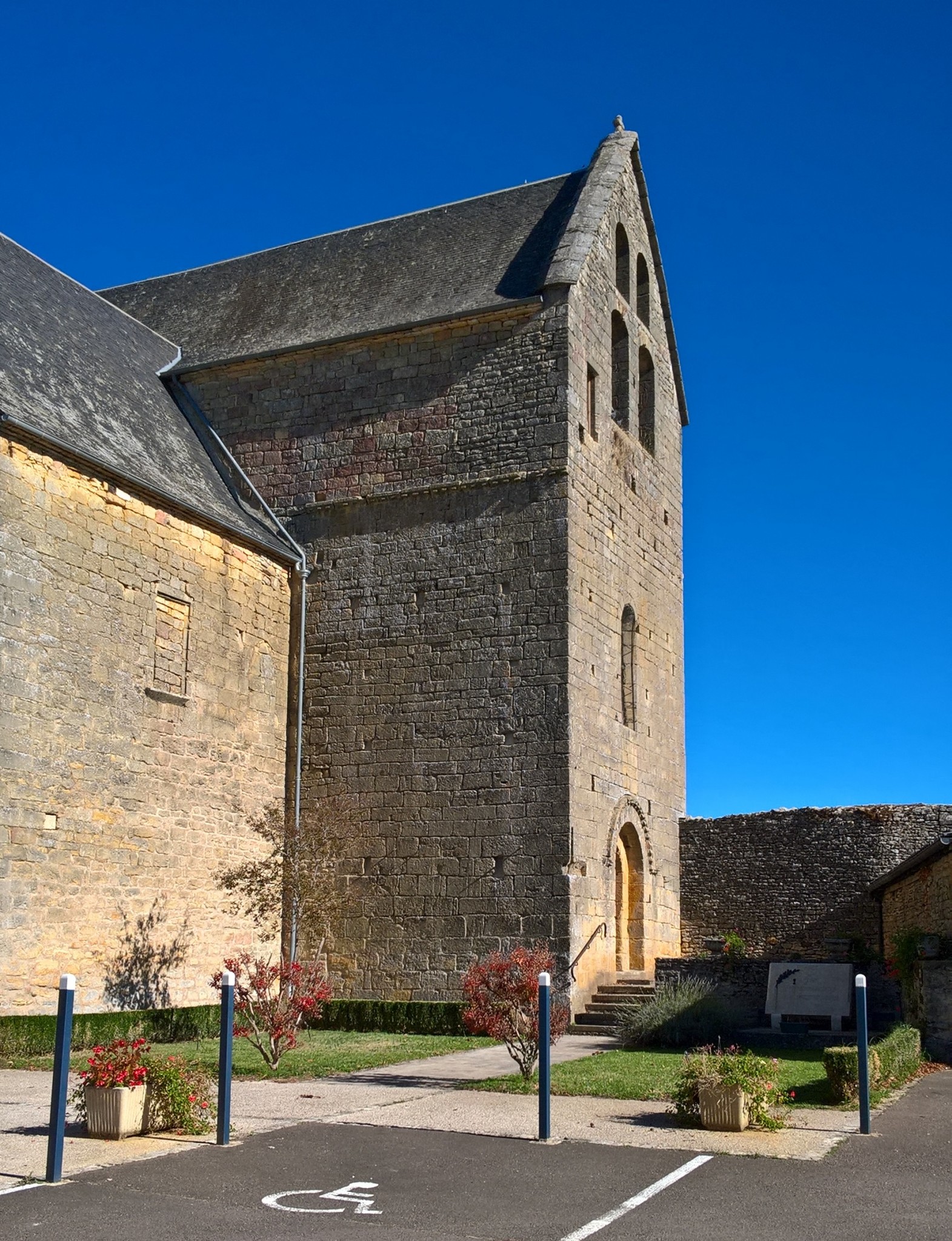 The parish church of Saint-Pierre-ès-Liens, in the small village of Paulin, was built in the Romanesque style between the 12th to the 14th centuries. The church was listed as a historic monument on 4th October 1939.

The church has a single nave and transept, whose cross is covered with a dome, ending with a polygonal apse. There are two doors the one on north-east dates from the 14th century, the door in the nave is 12th century.

The interior has been stripped of any plaster and the stonework appears to have been restored. However, one solitary merel remains on a vertical block, now partially obscured by a pillar on the east side of the north transcept. This is deeply incised on the block and appears to be of the type known as nine men’s morris. This has been categorised as Board Type G by HJR Murray in his book A History of Board Games Other Than Chess [Oxford, Clarendon Press, 1952]  In France the game is known as Jeu du Moulin.

Nearby, there are two other items of interest in the village. An old barn with an unusual heart-shaped date stone and a village cross, also with decorative hearts. 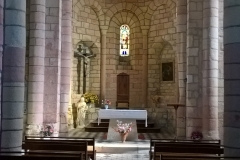 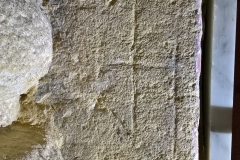 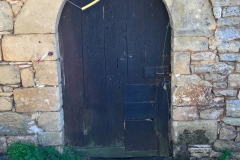 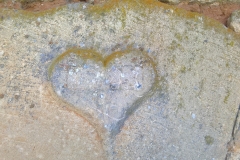 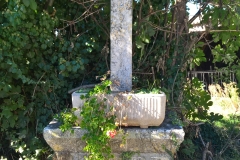 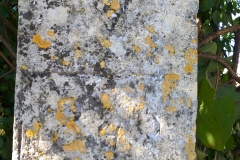 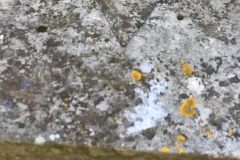 The church appears to be usually open during daylight hours. There is ample parking in the village outside the church.