The Folk-lore of Herefordshire – A Classic County Folklore Collection 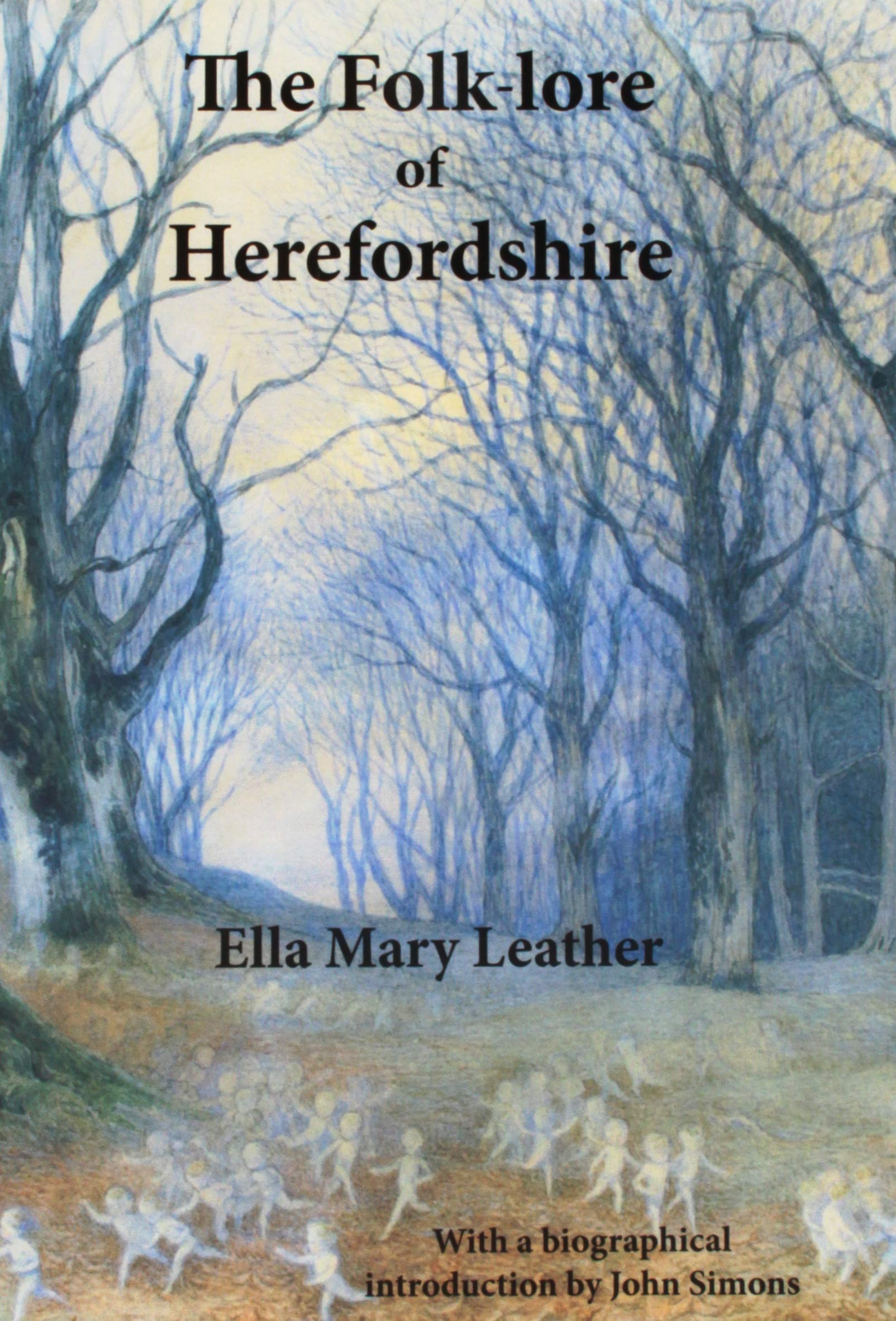 If local informants can be believed witches were rife in Herefordshire in the 19th century; cows were cursed or cured; the evil eye was a constant threat, and simply offending a neighbour could lead to death, disfigurement or loss of a fortune.

In the latter part of the 19th century there was an upsurge of interest in collecting examples of what was by then recognised as the fast disappearing lore of the rural folk of the rapidly industrialising western world. The impetus, springing from a correspondence initiated by Eliza Gutch in Notes and Queries in 1876-7, saw the foundation of the Folklore Society in 1878, and a proliferation of county folklore surveys in the years following.

The principals in the data collecting were predominantly women, a high number being daughters of the clergy. Respectable, bookish women, with easy connections among the older parishioners, they saw perhaps more clearly than anyone the impact on traditional village life caused by the drift of the young to the towns, and the increased mechanisation of daily life. Long before the Great War, and the Spanish Flu epidemic combined to devastate a generation, the loss of tradition was already causing concern among people who had seen life and inherited lore virtually static for generations.

Ella Mary Leather was born in 1874 in the parish of Dilwyn, Herefordshire, and spent most of her married life in Weobley, a little over three miles away, where her husband was the local solicitor. Deeply familiar with her local area, she collected songs (some in collaboration with Ralph Vaughn Williams) stories, games, dances, and details of cures, curses, ghosts, witches, superstitions, divination and charms.

To cure pneumonia: ‘the lung of a sheep still warm was formerly applied to the soles of the feet a child suffering from pneumonia. It was spoken of as the best possible remedy by those using it’.

To keep elves from riding the horses: ‘a charm, hanging above the stable door… made of seven hairs from a grey mare’s tail, twisted into the shape of a double heart’.

To cure warts: ‘ steal a piece of beef from a butcher’s shop … and rub the warts with it nine times.’

The longer accounts cover saints, devils, Morris dancers, wise women and cunning men. Religious festivals, traditional fairs: nothing with a connection to the rapidly eroding rural customs of Herefordshire was without interest. Local informants, many in their eighties, are always credited, and many are quoted almost verbatim, giving the reader a strong sense of an older generation anxious to pass on their knowledge.  The contents pages provide detailed synopses of each topic covered within a section, making a quick browse easy, while the index is detailed and exhaustive, should you want to pinpoint a selection of references to cursing or cures. These may seem slight things to mention in a review, but with the huge variety of material in her work, it would be very easy to get lost without Mrs Leather’s kindly rigour.

Ella Leather’s scope was vast, and her method of dealing with her mountain of data was immediately recognised as a model of scientific scholarship, the more remarkable as it resulted in, and remains, an entrancingly readable book; a pleasure for anyone interested in folklore and folk magic, regardless of their locale.

A hardback facsimile was produced by EP Publishing in 1973.

The Logaston Press reprint is available through Amazon UK.