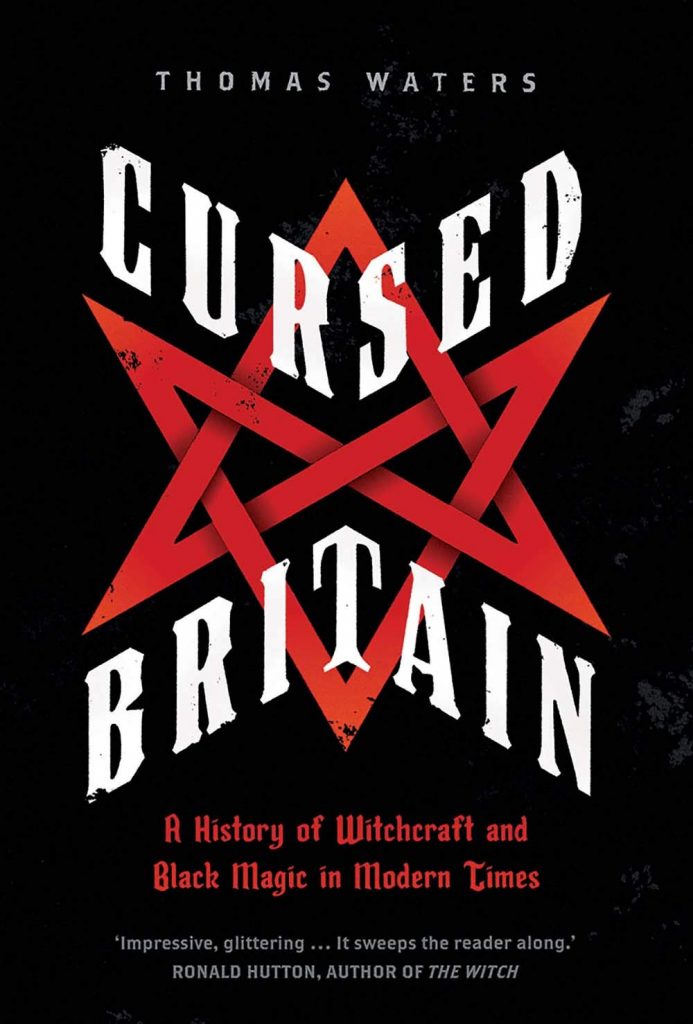 Witchcraft lasted longer than you might think. That is the premise of this study of witchcraft, curses, cunning folk and the fear of witches in the UK from 1800 onwards.

If you come away from this book with one idea it is how incredibly persistent and widespread the belief in witchcraft was in the UK. With a chapter headed Witchcraft’s Decline: 1900 to 1960, this book sets out to prove that superstition still had a hold on people long past the time you would think reasonable. But, of course, reason doesn’t really come into this.

Thomas Waters splits the book into time periods of a few decades each and traces the development of how people reacted to the belief that they had been cursed by a witch or suffered from the evil eye. Each section gives a broad overview and then looks in more details at specific cases to show how circumstances and attitudes change.

Time and time again you find people who you would expect to know better from their social status or education falling into the belief that they have been cursed. What really changes is how the ‘witch’ is dealt with. In the early 1800s, mob justice on unfortunate accused witches is winked at or even encouraged by the local authorities. That changes as the century moves on and the accused gain at least official protection from the justice system.

Waters takes a side-step into witchcraft experienced by the colonisers, where he produces examples of Empire builders secure in their faith and superiority over the colonised become nonetheless convinced that there is something behind the superstitions of the ‘natives’ they are governing.

Graffiti and ritual protective marks are mentioned a couple of times but in the context of protection against witchcraft. I have to say that reading this book has left me wondering whether the common use of the term ‘witch mark’ is more justified than I thought it was before reading this book.

The last couple of chapters in the book look at black magic and witchcraft in modern Britain. This is primarily not a chapter on wicca, but on the beliefs firmly held in many charismatic and pentecostal churches that witchcraft, devil worship and satanic possession exist and need to be fought against in ‘spiritual warfare’.

This is an excellent book on the subject, well researched and extensively referenced. I can recommend it to anyone who researches folklore and witchcraft as a reminder that these practices were not restricted to the dim and distant past and that ritual protection marks may be much more recent that you might first think.